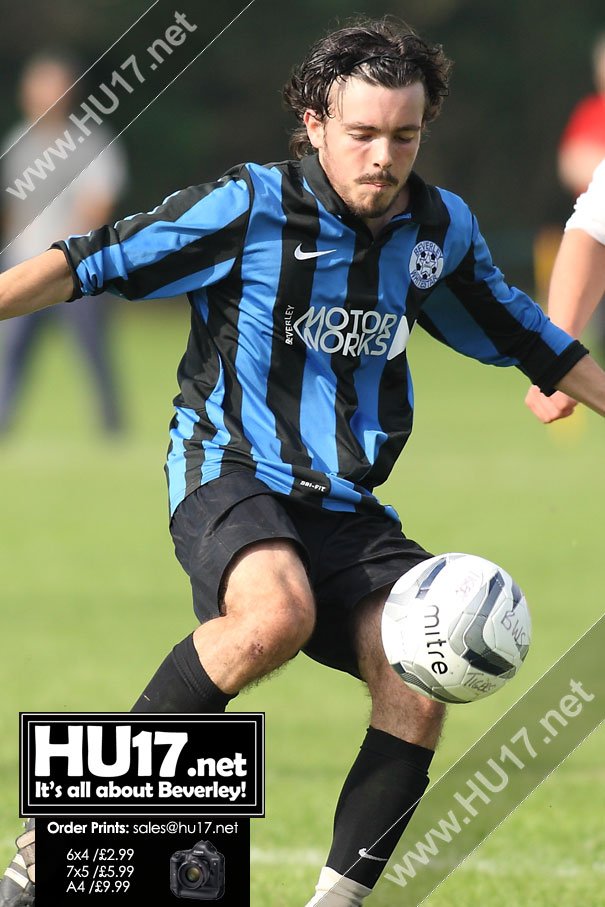 Beverley Whitestar manager Brian Cunningham said he could not have asked for anything more after his side cruised into round two of the cup.

“I am very proud of the lads, I could not have asked for anything more of them. It was hot out there but they stayed committed and got the win.”

“This is a great result, we were beaten last week but today the lads refocused and did what needed to be done to get the win with some great individual performances including Elliot King.”

Whitestar went into the match with a depleted squad with number of players missing for various reasons.

Connor Spence opened the scoring Whitestar at the Molescroft Pavilion with Lewis Cunningham and George Woods also finding the back of the net in the 3-0 win.

There was more positives for the manager from the game who used the match as an opportunity to give their new singing Bailey Spooner a start.

Spooner who is returning to the club for a second spell only completed move in the week, the left back was given a debut playing at right back.

“ It was good to play for Whitestar again and I enjoy playing for Brian. I thought I played okay, just got my head down a bit in the second half.”

“We can and should of played better but Swanland made it hard for us the way they closed us down.”

“Bailey had a terrific debut, given the selection problems he was thrown straight into the side playing out of position but he coped with it no problem.”

Whitestar can now put their feet up for a couple of weeks ahead of their next game which is against Costello Wolves.