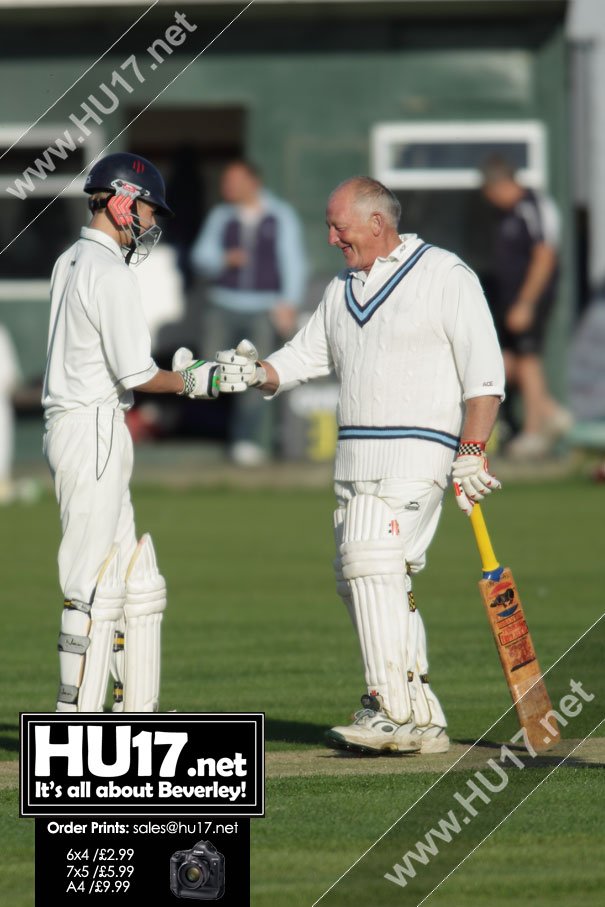 Batting first the visitors, Eastrington, posted a total of 207 for the loss of 5 wickets in their innings. In reply Beverley managed to score 107 with Neil Graham making 32.

The match also saw a cameo appearance from Neil Goforth who came out of retirement to play for the fourth team in their final match.

The veteran played with a big smile on his face as he showed he can still play the game helping to close the innings and securing a draw.