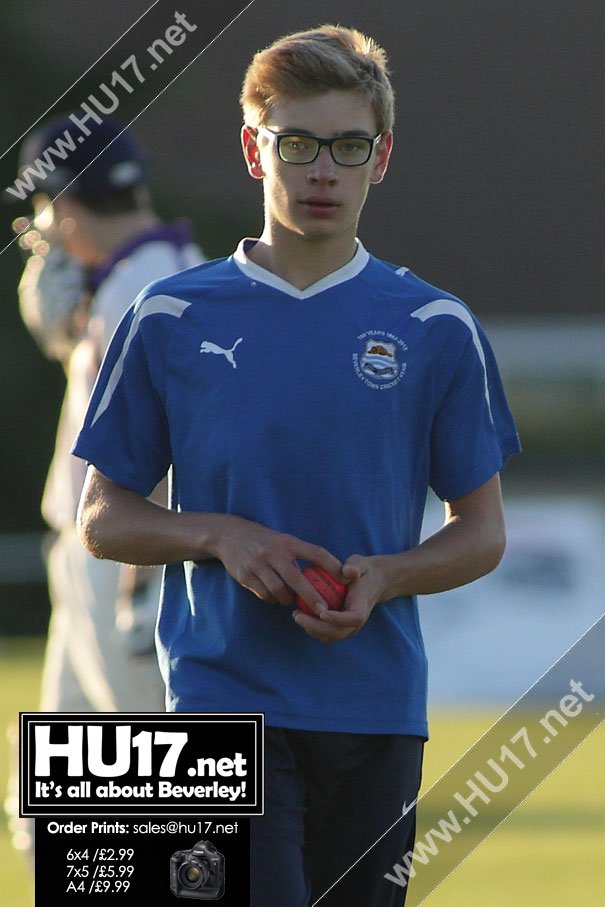 Beverley Town  4th XI made the short trip to Walkington for an important fixture between two sides hovering dangerously near the foot of the York & District Senior Cricket League Conference 1 table.

This proved to be a low scoring encounter as Beverley came away with a maximum 30 points. Vice-captain Neil Graham took charge for the first time and chose not to bowl himself instead placing his confidence entirely in his junior bowlers.

Joey Franklin, the most senior of the bowling attack at just 17 years old, took 2 for 30 but it was Charlie Fish (4-17) who had the best haul on the day.

Owen Parnaby (1-12) and Lew Richardson (2-8) completed the successful bowling attack as Walkington were reduced to 51 for 8 then hurried out for 77 in only 31 over’s.

With the bowlers well supported in the field throughout the game which was illustrated by Richardson and Richard Thompson who both held on to tremendous catches.

Beverley had plenty of anxious moments when batting but Will Fish (14) batted for a long time to try and steady the innings.

It took a patient and invaluable partnership of 27 between Charles Fish (12) and Richardson (6no) to take Beverley to within sight of the Walkington total and it was left to Graham to see his side reach their target at 78 for 6 in 31 over’s.

Beverley now has three teams below them in the Conference 1 table with two of them still to play in their five remaining games this season.