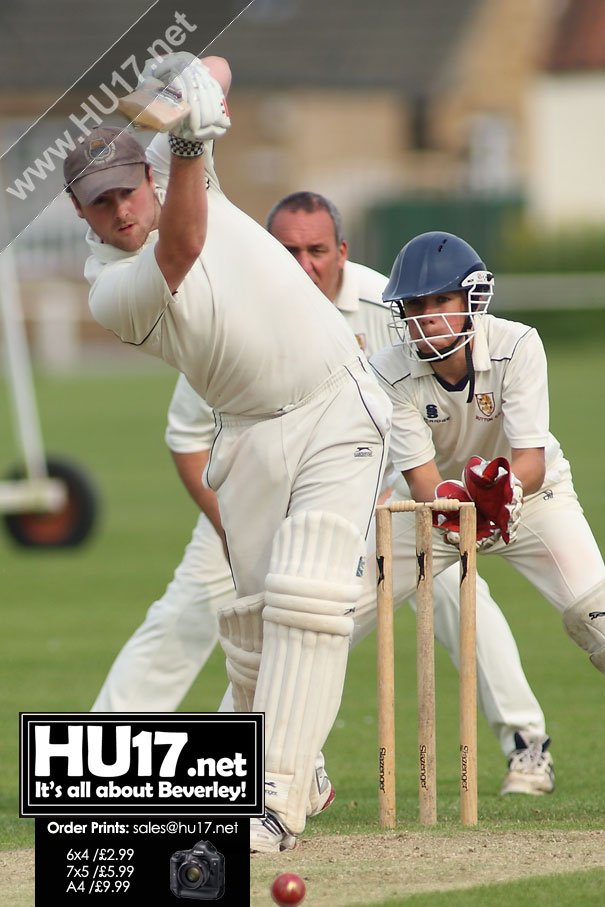 Sam Welburn feels his side are not quite out of the title race despite going down to Sutton this weekend at the Norwood Recreation Ground.

Beverley Town CC 3rds were beaten by 47 runs at the weekend by Sutton-on-Hull, the club who are directly above them in third place in the Division 4 East of the York & District Cricket League.

A frustrated Welburn said after the game;

“It was a shame we couldn’t have taken more points, and now the top two are starting to open up a gap over the rest of us, but with seven games left a lot can change.”

This was a match that could have seen Beverley move above Sutton but despite a recent run of good results, Town were managed to earn 5 just five points from the game and are now 51 behind next week’s opponents and current leaders Cottingham CC.

“Saturday was a huge game for both sides, and it was one that I felt we had to win to stay in contention.”

“Sutton got off to a quick start with the bat and we never really managed to get it back under wraps, Kieran O’Brian bowled well after being on holiday for two weeks but was only really ever supported by Tommy Hudson.”

Hudson also showed what he could do with the bat and looked completely comfortable against probably the best bowler in the league, again showing what a great youth system we have at Beverley.

Paul Best top scored for the home side with 41 as Town got off to flyer looking to chase down the 196 target set by Sutton.

Alex Nightingale unable to bowl due to a shoulder injury was moved up the order after good recent run of form with the bat last just a handful of bowls before he was caught out.

Beverley lasted just 41 overs as they completed their innings as they were all out for 141.

Welburn will be hoping his side can regroup and find dig deep for this week’s fixture as they face their hardest game of the season, away to the leaders Cottingham.

To stand any chance of winning the title Beverley really needs to take more points out of the game than Cottingham.