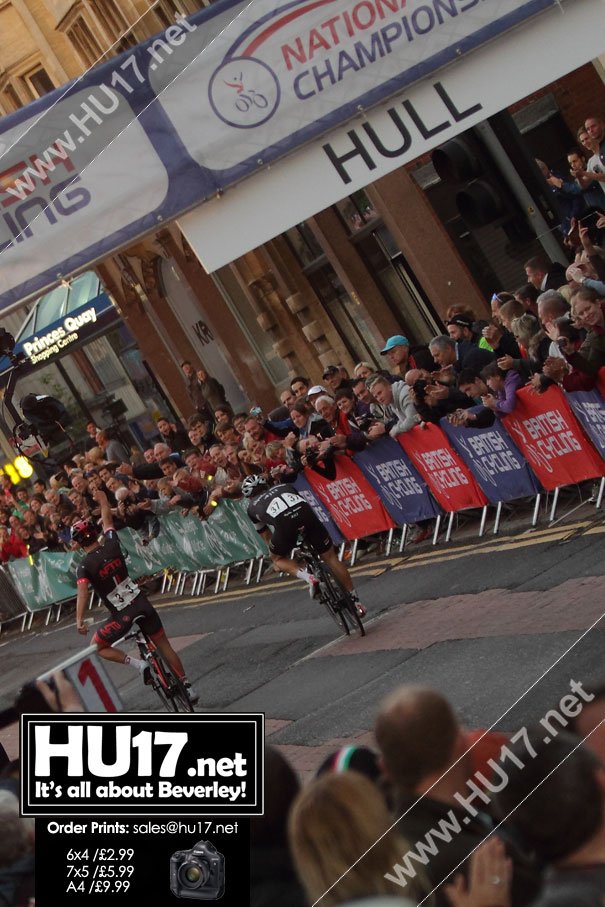 Blythe who races for NFTO Pro Cycling was too strong for the other riders as he powered over the line to clinch the title in front screaming fans who lined the streets.

Speaking after the race that took place around the centre of Hull Blythe said he went into the race with an open mind and remained relaxed, he said;

“I was Quite relaxed and have an open night and see what happened as I knew we had some good riders in the if it was a sprint it would work for me.

“After breaking away it was about doing as little as possible but as much as possible to try and save some for the sprint.”

Next week sees cycling return to Beverley as the British Men’s Elite Circuit Race Series takes place in the town on July 18th.