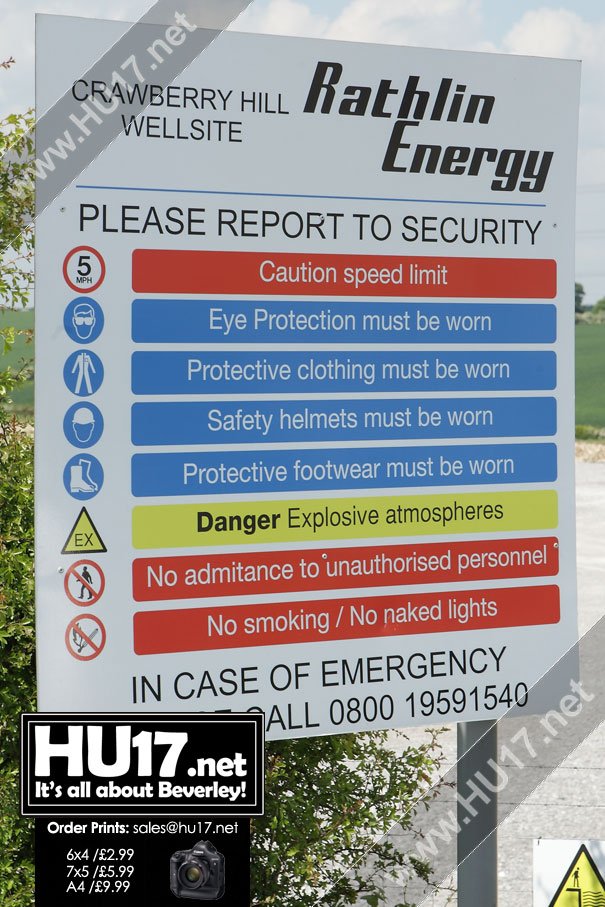 Rathlin Energy (UK) have released a statement in response to the planed Anti-Fracking Protest that is to be held in Beverley next Saturday expressing their concerns over their business being linked to Fracking.

“We celebrate the fact that we live in a free society where people can legitimately, lawfully and peacefully protest. We understand that some ‘East Yorkshire’ residents want to raise concerns about the hydraulic fracturing process, (more commonly known as fracking) and that they intend to march through the streets of Beverley on Saturday 5th July 2014 as a way of airing their concerns.

“It is important that Rathlin Energy (UK) Limited’s exploratory work at Crawberry Hill and West Newton is not linked to this debate as the company is not fracking at either of these sites.”

Since Rathlin arrived in the East Riding of Yorkshire three years ago it has: held four large public consultation events; arranged 25 local community liaison committee meetings; launched an open and transparent website; responded to every single media enquiry received; and has circulated around 40,000 newsletters.

The company has also met with local representatives from Friends of the Earth, Greenpeace and HEY Frack-off.

“The protestors appear to be planning to march through Beverley as a protest against Rathlin’s work, however, Rathlin is not doing the things that the protestors are campaigning against. It seems unfair, therefore, that something of this nature should be associated with Rathlin’s name. Hopefully, residents from East Yorkshire will choose to actively communicate these facts as part of their awareness raising campaign.”

This article has 8 Comments