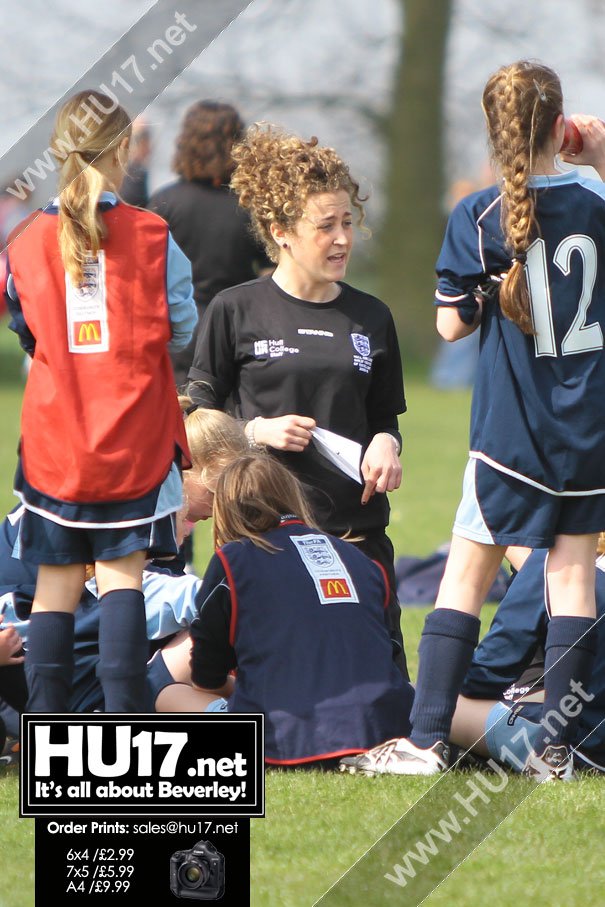 East Riding’s budding young female footballers will get the chance to sharpen their skills at a flagship festival.

The FA Girls’ Football Festival, in association with Continental Tyres, will travel to University of Hull Sports and Fitness Centre on Tuesday 1 July. The festival aims to encourage more girls to participate in football by providing a fun, interactive football experience.

Beginners are also invited to the free event, which incorporates football, lifestyle and music activities and is open to girls aged 5 – 16.

“The Girls’ Football Festivals are a great way to get younger girls participating in the game. By getting girls involved from a young age we can give them more opportunity to develop, whilst increasing participation and continuing to grow the women’s game in England.”

Sampson’s side won their most recent Women’s World Cup qualifier 2-1 against Ukraine at Arena Lviv. The Lionesses have won all eight qualifiers to date and are five points clear of second-placed Wales with two Group 6 matches remaining. A draw in Wales in August will seal a place at Canada 2015.

Participants at the festival will also have the chance to play with some of the stars of women’s football, as FA WSL players from Doncaster Rovers Belles, Nicola Hobbs and Lauren Cresswell will be there to meet, chat and have a kick-about with the girls. In addition, Charlotte Lade, one of the world’s leading professional football freestylers, will be demonstrating her amazing football tricks and skills.

Doncaster Rovers Belles have had a very strong start to the season winning all five of their league games, only conceding four times and scoring 15. They sit top of The FA WSL 2 on virtue of goal difference with Sunderland AFC Ladies having conceded two more goals.

The festival is organised with the support of East Riding County FA and University of Hull Sports and Fitness Centre, the host venue, and will take place from 09.30am – 3.00pm.

Each festival is led by FA-approved coaches and includes sessions from the FA Skills and Football Mash Up teams. Participants will try skills and drills, interactive games, mini matches and take part in the ContiWarmUp programme.

Female referee ambassadors Lucy May and Mary Jane Simms will also be at the event, hosting workshops on officiating games through role-play using flags, whistles and cards.

An interactive trailer will house trophies and digital stations, along with a variety of innovative equipment including an inflatable pitch, a speed cage, target shoot and reaction-testing batak boards.

The FA Girls’ Football Festivals in association with Continental Tyres has gone from strength to strength, with 2013 attracting over 11,000 girls across the 33 events. Now a much anticipated fixture in the annual calendar for the Women’s and Girls’ game, the 2014 Festivals will once again visit over 25 locations around the country between March and October

“We are incredibly proud of the achievements of ‘The FA Girls’ Football Festivals in association with Continental Tyres’ over the last three years. Our Festivals have clearly shown the enthusiasm there is across the country from young girls when they are offered the opportunity to participate in sport in general and football in particular.”

Guy Frobisher, Marketing Director at Continental Tyres, added: “The Festivals have grown year on year and have given tens of thousands of girls the chance to get involved. The day will be a fantastic showcase of women and girls football which we are really proud to continue to support.”

To find out about a Football Festival in your area visit: