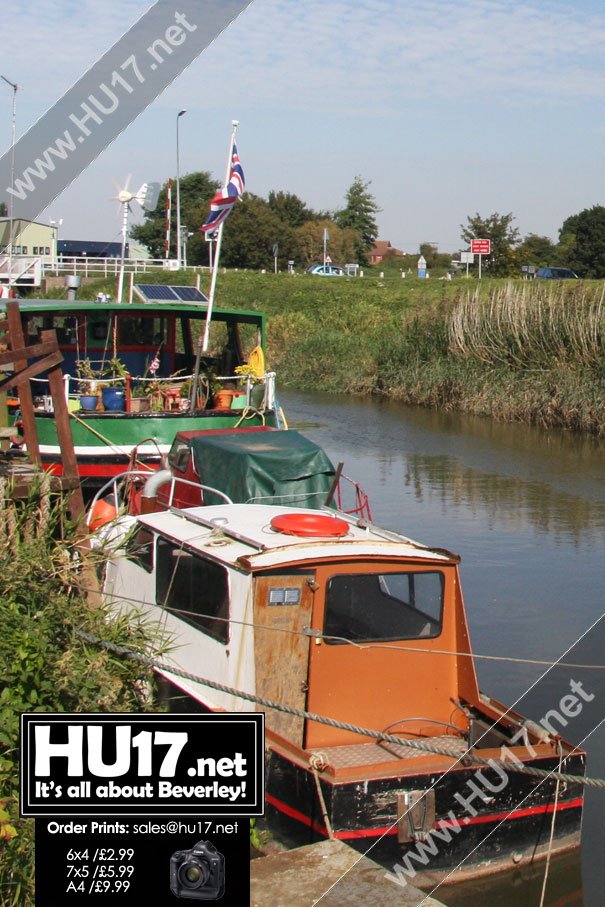 At the latest Full Meeting of East Riding of Yorkshire Council Minster and Woodmansey Ward Member Cllr Dominic Peacock asked the Leader about the need to remove sunken wrecks from the River Hull.

Cllr Peacock recently took part in an inspection trip up the river in his role as a member of the Beverley and North Holderness Internal Drainage Board and what he saw convinced him that action is needed.

Everyone who travelled on the barge belonging to the Beverley Barge Preservation Society witnessed first-hand the numerous sunken wrecks and abandoned vessels along the stretch of river between Beverley Lock and Tickton Bridge.

“The big concern here is whether or not the wrecks will affect the ability of the River Hull to deal with additional water that would be introduced in a particularly severe weather situation. It is absolutely vital that this situation is investigated and that any necessary works are undertaken”

In his reply Cllr Parnaby noted that after the flooding of the area in 2007 pressure was put on the Environment Agency to undertake the clearing of the river, but they concluded that time the works were unnecessary.

However, surveyors working for the Council are currently undertaking a detailed survey of the river using boat mounted sonar. This has revealed that the situation is much worse than originally thought, with preliminary results showing up to a third of the river blocked in places.

“Although responsibility for the type of activity suggested by Cllr Peacock clearly lies with the Environment Agency, and we shall expect to see the majority financial contribution from their operational budgets, the Council has set aside some limited funds to assist with the situation at the River Hull to demonstrate its firm commitment to reducing flood risk

Click Here
Life Is A Cabaret, Old Chum, Come To The Cabaret!

Cllr Peacock welcomed the news that any works to improve the state of the waterway would have the support of the Council, saying:

“I am very pleased that the Council has recognised the importance of dealing with the current poor state of the River Hull and is taking a proactive approach. The residents of the East Riding have experienced devastating floods before and anything that can reduce future risks should be looked at. I will be keeping a close eye on progress with this situation”

In his question Cllr Peacock also raised the maintenance and management of the rivers banks and moorings so more use could be made of the fantastic natural resource in future.

In his reply Cllr Parnaby explained that once works have been undertaken the Council firmly believes that opportunities should be looked at for recreational use, including a more organised approach to moorings and pleasure craft.