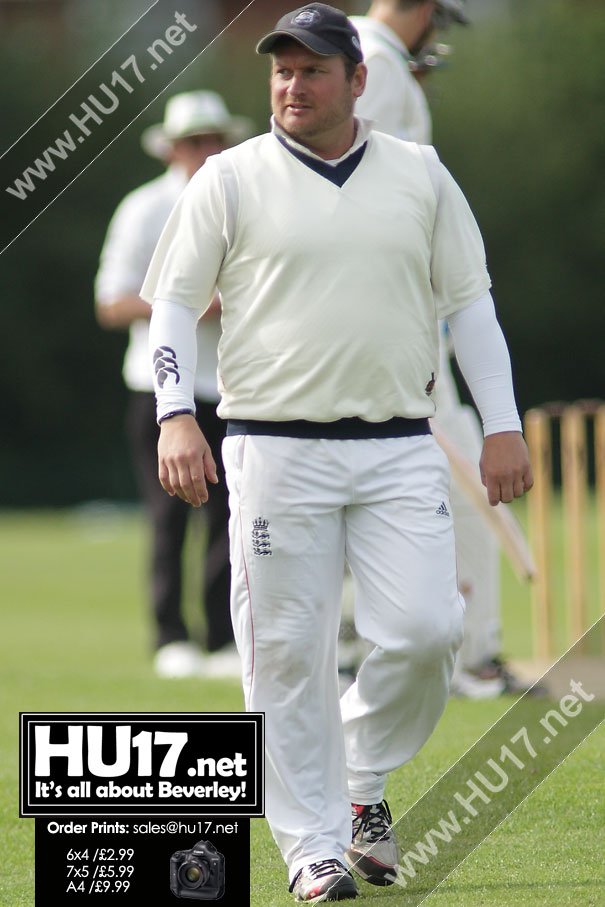 Beverley Town Cricket Club 1st XI who boast one of the most prolific bowling attacks in York & District Senior Cricket League will travel to Stamford Bridge this weekend.

When the sides last met at the Norwood Recreation Ground  Stamford Bridge won the game easily against a weakened  Beverley team who failed badly with the bat scoring just 105 runs.

Skipper Jonathan Fisher who scored 51 in the game was ‘disappointed with the performance’ that led to the defeat but is confident and that his side can show their true quality and win all 30 points as the teams meet for the first time in the league.

Speaking ahead of the game an upbeat Fisher said;

“We are going to Stamford Bridge with a full strength team and I am very confident we can win the match and get maximum points. What happened in the cup is not a factor in this game.”

“When we met them last time in the cup we played an experimental side and lost the game because we did not put enough runs on the board. We have a much stronger batting line up going into this weekend’s game.”

When asked if he felt the cup game would give Stamford Bridge the physiological edge he said;

“If anything we have the physiological edge, we played them with a team that featured five changes. Our side on Saturday is a different selection all together and far stronger.”

One thing Beverley have not struggled to do this season is take wickets. Matthew Mudd, Jamie Roe and Tom Haytack have all been taking wickets regularly as has pace bowler Alex Morrell who returns for the game.

“Our bowling attack is the best in the league, on Saturday we need to make sure that we score enough runs to give them something to bowl at. If we give the bowlers a chance then I can only see one outcome.”

Fisher has been slowly been finding his feet since taking on the role as captain. Leading by example he has been the most consistent scorer of runs in the games he has played. Andy Burton however joined the party last time Beverley played as he scored a match winning 76.

Bad weather meant there was no cricket for Beverley or any of the other sides in the league last Saturday but the skipper feels the build up to Saturday’s game has been a positive one, he said;

“Preparation for the match has been good, we need to get the points to keep the pressure on woodhouse Grange. They are only five points ahead of us and they have an awkward match away to York.”

Maximum points for Beverley on Saturday and any sort of slip up by Woodhouse Grange would see Beverley move top of the York & District Senior Cricket League.

It may only be seven games into the season but Beverley have started very well and are starting to put real day light between themselves and the clubs in mid table and Fisher still thinks there is more to come.

Despite the good start Fisher refuses to acknowledge his side are serious title contenders playing down talk of winning the league, he said;

“It has been a good start but there is still a long way to go. As a side we are not playing to our full potential yet so the best is yet to come.”

“If we are in the same position with a couple of games left then yes we can start talking about winning the league but it’s far too early in the season to be thinking about championships.”