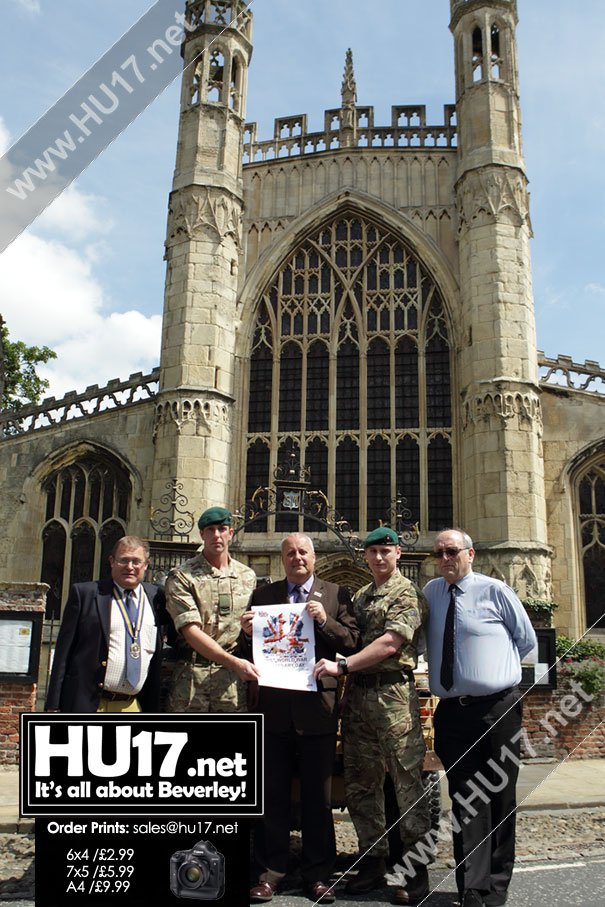 Forget Me Not, a play written by Terry Cavender especially for this year’s Beverley Armed Forces Day Commemorations will be performed at this year’s event in St Mary’s Church.

The play uses fictional characters loosely based around fact that are from Beverley that during World War I are sent to front where they met up and discuss their lives back home.

A retired Army Major Terry has lived in Beverley for some 20 years, during which time he has written, produced and directed his own plays. His past work has featured in theatres and on radio while he has also been involved with the making of several local films.

Terry explained how the Forget Me Not came to be, he said;

“Councillor David Elvidge contacted me in June last year asking if I would write something appropriate for presentation at Beverley Armed Forces Day in particular relating to World War I.”

“Writing the play ‘Forget Me Not’ was, for me, a somewhat revelatory experience when I realised that in essence, despite everything that happened then, not a lot has changed now.”

“I hope that people enjoy watching ‘Forget Me Not’ as much as I enjoyed writing it.”

“Terry’s efforts are a remarkable thing, in his career he moved around the world a lot though Beverley is his adopted home, I know it meant a lot to him personally do write this play.”

East Riding Theatre Company under the auspices of Richard Avery will perform the play at St Mary’s Church, 4.45pm on 6th of July.

To watch a play a small fee will be charged though a portion of the cost to watch the play will go to help support Service Based Charities.

Beverley Armed Forces Day, which will be supported this year by DST Leconfield has a full schedule of events starting from 11.50am with a parade, Longcroft Gospel Choir, Beverley Brass Band, Beverley Church Lads and Girls Brigade will be entering the crowds on the day.

Depending on weather conditions the Beverley Armed Forces Day will feature a Battle of Britain Memorial Fly past by vintage Dakota.