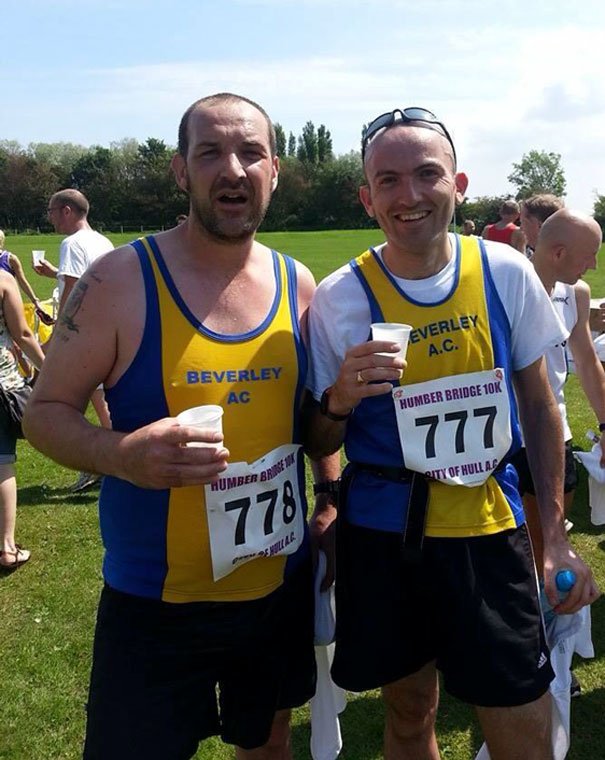 Beverley Athletic Club’s runners scooped age group prizes in last Sunday’s Humber Bridge 10k road race. Run by City of Hull AC, this is a well-established and popular race which has been growing for the last few years.

It starts from Hessle Rugby club, crosses the Humber Bridge to Barton upon Humber and then returns to Hessle. This year, 356 runners completed the course, including 32 Beverley AC representatives. This year’s race was held in hot conditions, with the lack of any breeze, even going over the Humber Bridge, making it a tough race for all competitors.

Sam Allen and Jayne Dale won prizes in their respective age groups. Allen was first in the FV40 group, recording a time of 44:57, while Dale led the FV50 group with a time of 47:30. The pair were also the first of Beverley’s women to finish the race. Third was Mariana Barbera, who took 51:58 to get around the course.

Several Beverley runners were pleased to record personal best times for the 10k distance. Edward Lisney achieved 46:39, saying that this meant ‘beating my previous 10k time by 2 minutes 44 seconds. I had been battling a cold for the previous week so am really happy with my time’.

Mark Sykes-Cook recorded 43:33, taking a remarkable five minutes and fifty seconds from his previous 10k time, as a result of more sustained training.