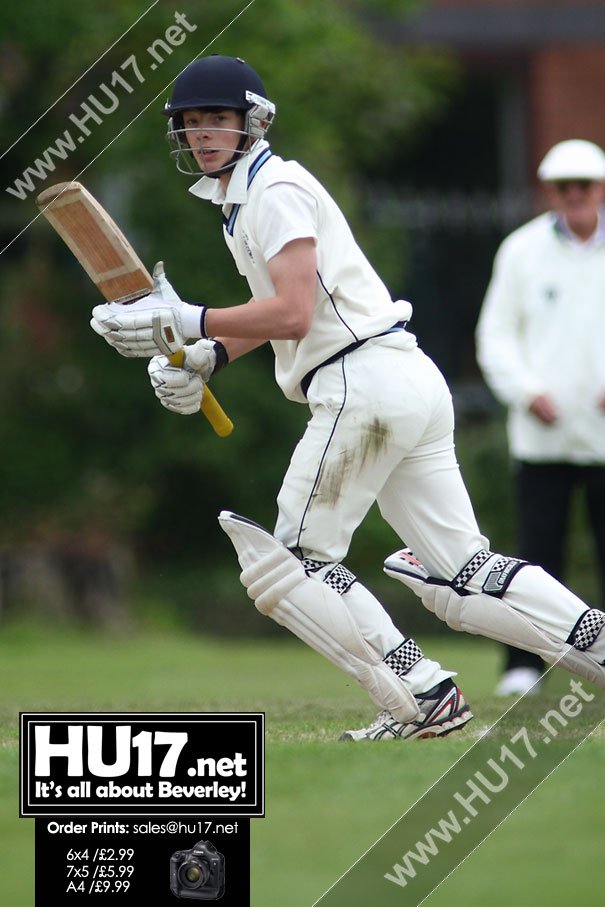 Beverley Town Cricket Club 2nd XI have moved into second place in the league after they beat Welton & Brough by 6 wickets at the Norwood Recreation Ground.

Town won the toss and put Welton into bat, the visitors managed 136/9 from their innings. Peter Parnaby was the pick of Beverley’s bowlers ending the game with figures of 5/35.

In replay Beverley needed just 29 over’s to reach the required target as the posted a score of 139/4 in reply to win the game. Youngster Greg Whyley again top scored for the seconds with 34.

Victory ensured Beverley won a maximum 30 points, a win that has seen them go into second place in the league just 15 points behind Acomb II who Beverley play next weekend.

“After winning the toss I put them into bat. They struggled to cope with a experience Parnaby. As the most senior player in our team he still showed off his star qualities.”

Smith himself managed just four runs after he was given out caught behind, a decision he said the umpires got wrong, commenting on his dismissal he said;

“I never touched the ball, the umpire game me out so I had little choice but to walk, I was very disappointed.”

“Whyley again impressed, he has got runs in every game this season, he is a very promising young cricketer, Jonny Vodden and Mike Cooke also both performed well with the bat.”

“All in all this was a good performance by the whole team. If we keep playing the way we are doing then I think we have a real shout at winning the league.”

Next weekend first meet second as Smith hits the road with his team to play first placed Acomb II, a match he feels Beverley can win, he said;

“This is a funny season with the league changes, we have not played Acomb II before but we have beat their first team in the past, but if we beat them we go top, that’s good incentive.”