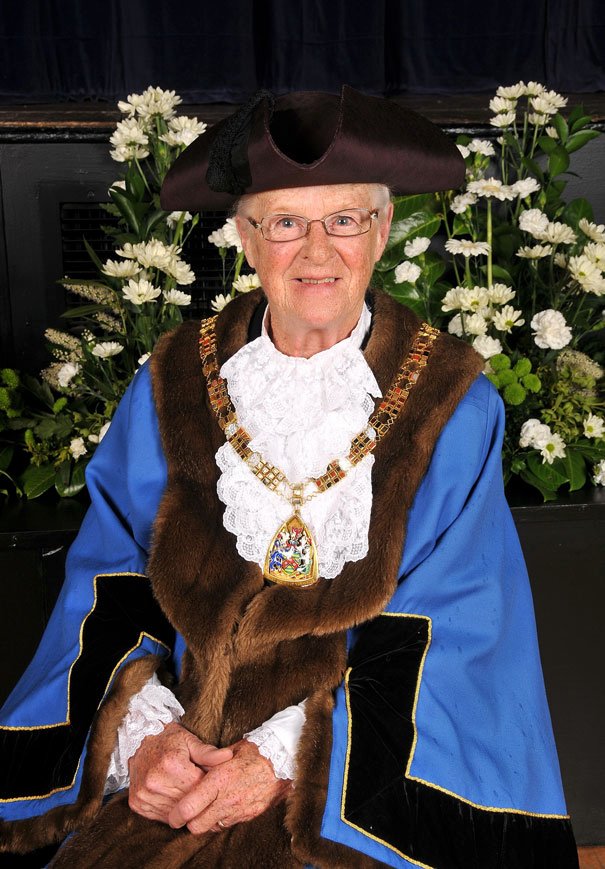 Councillor Pat O’Neil was elected to be the new chairman of East Riding of Yorkshire Council on 8 May 2014 and will serve until May 2015.

Councillor O’Neil is the leader of Goole Town Council and has been mayor of Goole twice.

Councillor O’Neil said: “Having lived and worked in the Goole area for many years, primarily for the health service, I am looking forward to my year as the council’s chairman. The role involves getting out and about meeting people and one of my first engagements as chairman was to re-launch Saturday Market in Beverley.”

Councillor O’Neil’s nominated charity for the year is CLIC Sargent, a charity for children and young people with cancer. The money will go towards research. Councillor O’Neil is also supporting four local swimming groups for disabled swimmers. Having attended one of the group’s annual galas, she was so impressed with the time and effort volunteers put into these groups she wanted to support them during her year in office.

When she has time, Councillor O’Neil likes to volunteer at the Moorlands Centre which she established in Old Goole in 1996. One project there that she is particularly passionate about is the ‘food 4 you’ scheme which delivers hot meals to those in need six days a week.

Councillor O’Neil is married to James Holbrough. She has five children, 15 grandchildren and three great grandchildren.

Councillor Peter Turner has been elected vice-chairman of the council and will serve until May 2015.