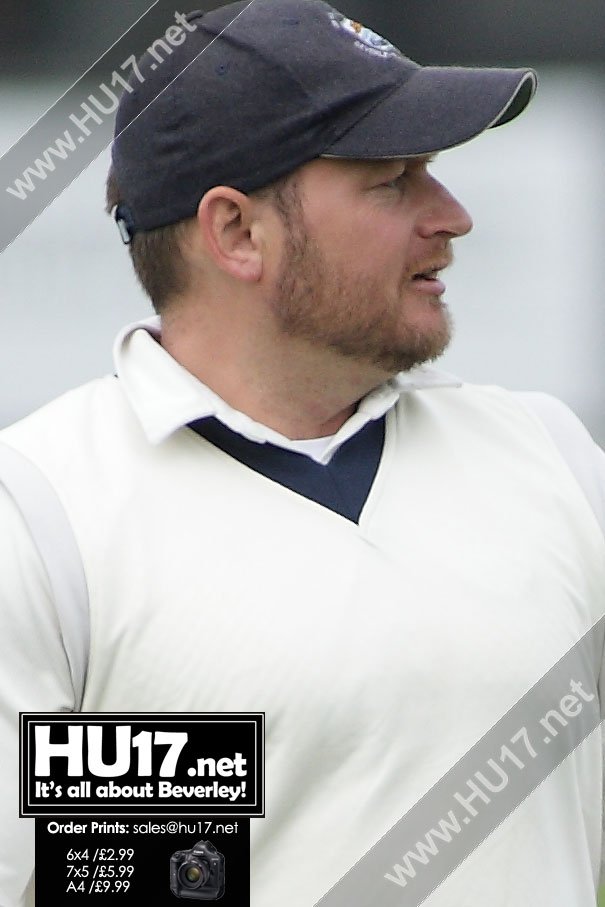 Beverley go into the game top of the league with a maximum 60 points from their opening fixtures after beating Sewerby and Clifton Alliance but the skipper insists there is still room for improvement.

Speaking ahead of the match on Saturday Fisher said;

“As side we have started very well but there is always room for improvement, as team we want to be constantly raising the bar and winning better.”

“Sheriff Hutton Bridge will be a tough test, they are one of the stronger sides in the league and will certainly be challenging at the top.”

Fisher again expects weather to impact the game on Saturday, and with the forecast of rain if they do get going he will once again be looking to his impressive armoury of bowlers to deliver, he said;

“If what is forecast does materialise then we will be lucky to even get a game on Saturday. However if we get started the weather is likely to force a result and the conditions should favour our bowlers.”

Preparation for the game has again been hammered by bad weather that impacted on midweek training at Norwood Recreation Ground.

Beverley have made just one change to the side that were too good for Clifton Alliance last weekend as Ben Fish makes room for Faisal Abid who missed last week’s game due to other commitments.

Away from the first team Fisher was keen to highlight the achievements of Kieran Simpson. The 15 year old scored his first senior century for the club at the weekend against Cottingham, Fisher said;

“I would like to personally congratulate Kieran on getting his first senior century for the club. It is a phenomenal achievement for some one of his age to do what he has done.”

“If he carries on playing like that it will not be long before he is asking questions and banging on my door looking for a place in the first team.”

“For us as a club it is great, it represents everything we are as a club, bringing the juniors through to the seniors.”