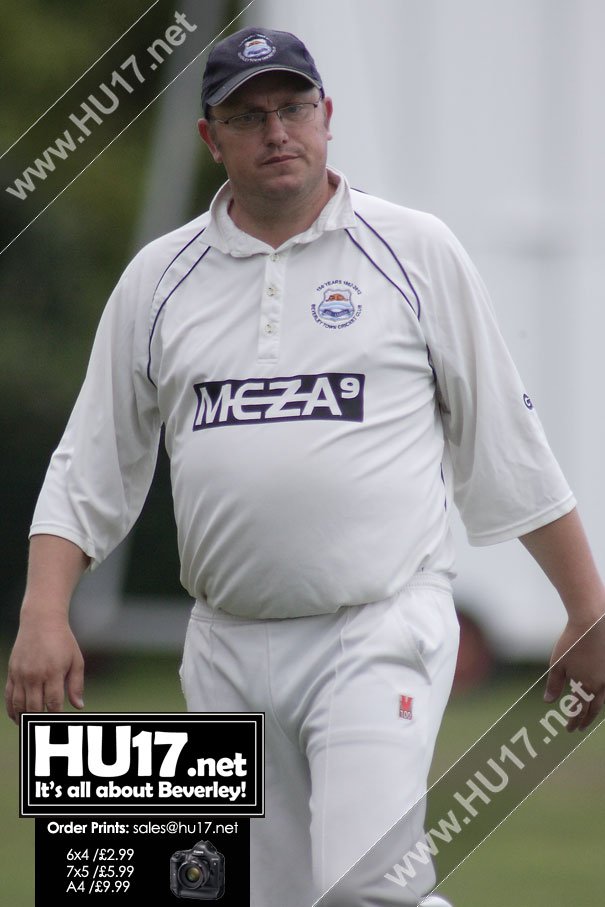 Beverley Town Cricket Club fourth team captain Richard Simpson was full of praise for his despite being beaten by North Dalton.

Beverley Town field a team that featured a number of younger players giving a good account of themselves and narrowly missing out.

“I am very proud of all the team for their efforts this week. We had a lot of young players in the team and they showed their potential.”

Batting first Beverley were bowled out for 166 with veteran Richard Thompson leading the way with the bat with a score of 67. Thompson was supported by the young batsmen, Brad Benyon scoring 8 in a 51 run partnership.

Captain Rich Simpson (18) and Neil Graham (19) tried to push the score along but the innings fell away and the 4ths were all out for 167 with an over remaining which was to be significant in North Dalton’s reply.

Jake McMullen and Charlie Bough (0-8 from 5 overs) opened the bowling and kept things tight. Charles Fish (0-19) and Will Fish (0-27) both bowled well without success as the North Dalton openers put on a 115 run opening partnership.

Under 15 player Tommy Hudson made the breakthrough though, his fine spell of 1 for 10 from 5 overs, in partnership with Graham, who removed the next three batsmen, and a run out left the hosts at 139 for 5. Beverley’s fielding was now at its best, with great efforts from Will Harrison and wicket-keeper Tom Norton and the sixth wicket fell to a good catch by Harrison off McMullen.

The game went to the extra 41st over and North Dalton scraped home to win a close game which drew praise for the young 4ths from several of The North Dalton players.

“Although the result may be a disappointing there were a lot of positives for us out there today, we need to refocus and start to look ahead to next weekend’s match when we welcome Walkington to the Norwood Recreation Ground.”