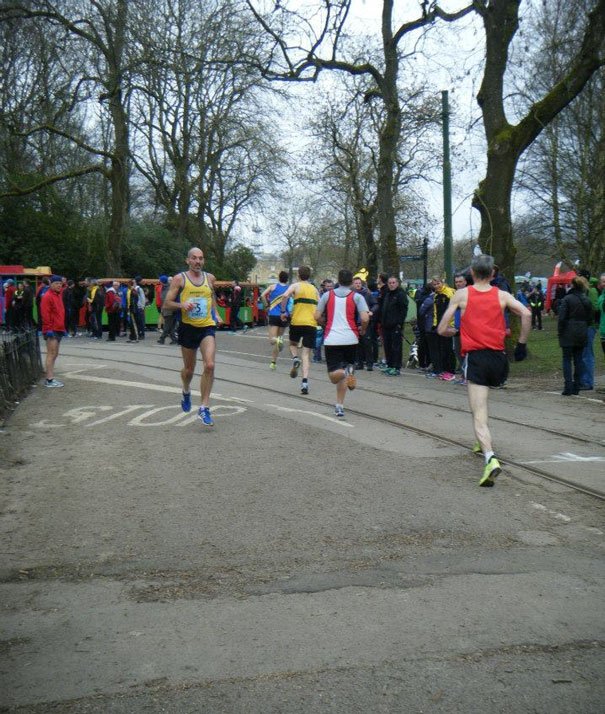 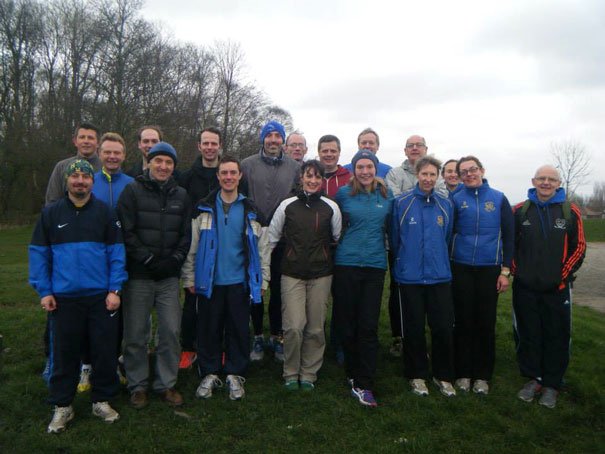 Beverly AC members took part in the prestigious 6 and 12 stage Northern Road Relays at Heaton Park, Manchester. Due to the larger numbers of male runners, the men take part in the 12 stage event and women the 6.

The men’s relays are a set of races that run concurrently and consist of alternate legs of just over 5 and 3 miles respectively. The women’s relays are all the shorter route. Many of the north’s elite teams and individuals take part, so the entry of Beverley represents a major and enjoyable challenge for the club and its attending members.

Heaton Park is a picturesque setting with the impressive Heaton Hall as the focal point of the race. Short and long legs start on a long drive at the bottom of a steep hill and follow a similar steep uphill to the Hall covering well over a mile. An undulating course at the hill top is completed by a steep downhill of about ¾ mile for the 3 milers. The 5 milers cut across for a repeat of the climb and circuit top before the finishing drop.

Beverley men finished 59th out 68 starting teams. Fastest Beverley male on the long leg was Aubrey Morrell in 32:43. Fastest shot leg was Matt Ingman in 20:16. The total male team time was 5hrs 45 mins 36 secs. The men’s event was won by Leeds City AC in 4hrs 22 mins 29 secs. Steve Vernon of Stockport did the fastest long leg in 27:20 and Nick McCormick of Morpeth Harriers, the fastest shot leg in 14:16.

Unfortunately, Jayne Dale fell ill at the last minute for the women which left them a member short of being able to field a team but they still ran the legs they could. Their time should they have been able to field the full team would probably have seen them finish about 37th out of 49 finishing teams in approximately 2 hrs 17 mins. Laura Egan again impressed with a time of 20:17, shortly followed by Meghan Wilson in 20:52. Leigh Harriers won the women’s team event in 1:47:29. Fastest female was Eleanor Vernon of Stockport in 16:25.

Whilst realistically, Beverly were never going to compete for the top prizes, the day was a great opportunity to gauge performance against the very best the north of England has to offer and sample the great atmosphere of a top national event. Some creditable individual performances and the opportunity to compete as a team rather than individuals made for a great day. The Club would like to encourage all its members to give this a go.

In spite of it being an event at which the elite compete, there are runners of varied abilities taking part and this is an amazing opportunity to run alongside the best.