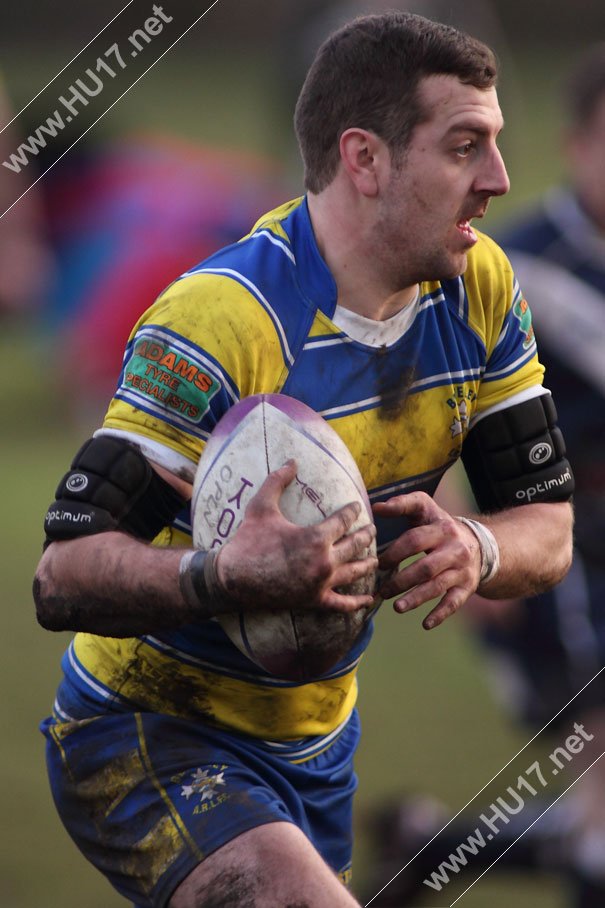 The blue and golds will reflect on a few missed chances in this trip up the coast but the crucial difference between the two sides appeared to be the pace of the home side’s wingers and full back. Beverley seemed to match a very physical home pack but were undone when the ball was in broken play to the wingers and full back.

Beverley approached the game in a confident mood with Gavin Platt, Gavin Proctor, Mike Cooper and Ben Calvert all returning to the starting line-up. The visitors had plenty of possession in the early stages of the encounter watched by a sizable crowd at the Eastway ground. However, a sign of things to come came in the 10th minute. A kick down field was fielded by the full back who fed his wingman who raced 70 meters to score.

The visitors were not to be deterred and threw the ball around in an adventurous manner. One attacking movement saw Ben Calvert unlucky to be pulled up only a meter or so away. Furthermore, a cross-field kick from Ryan Watkin looked to produce a score for Lee Falcus, but the winger leapt to catch the ball but could not hold onto it with the line at his mercy.
The hosts absorbed the pressure and added a further score to lead 10-0 at the break.

Early in the second half the home side increased their lead when their full back fielded a kick down field. He evaded defenders to sprint.
70 meters to score.

The visitors were still not phased and continued to throw the ball around. Ben Cavert, who seemed to be Beverley’s most dangerous runner, went closest to scoring after a telling break. However, Beverley’s adventure appeared to be the undoing though. A handling movement to the left deep inside their own half saw the ball go to ground and was snapped up by the Scarborough winger who sprinted away to score increased the deficit further.

The visitors still refused to buckle under, and they managed to get some quality possession and territory as the second half wore on. Gavin Proctor went over from close range with Watkin adding the extras. Then after a sustained spell of pressure Ian Lane sent Phil Hill over besides the posts as the final whistle fast approached. Watkin again added the extras.

Man of the match was full back Steve Connolly, who in another talismanic performance, fielded numerous high balls and joined the line at regular intervals to good effect.

This Saturday Beverley are at home to Hull Wyke ‘A’ kicking off at 2pm at the Beverley Leisure Centre.