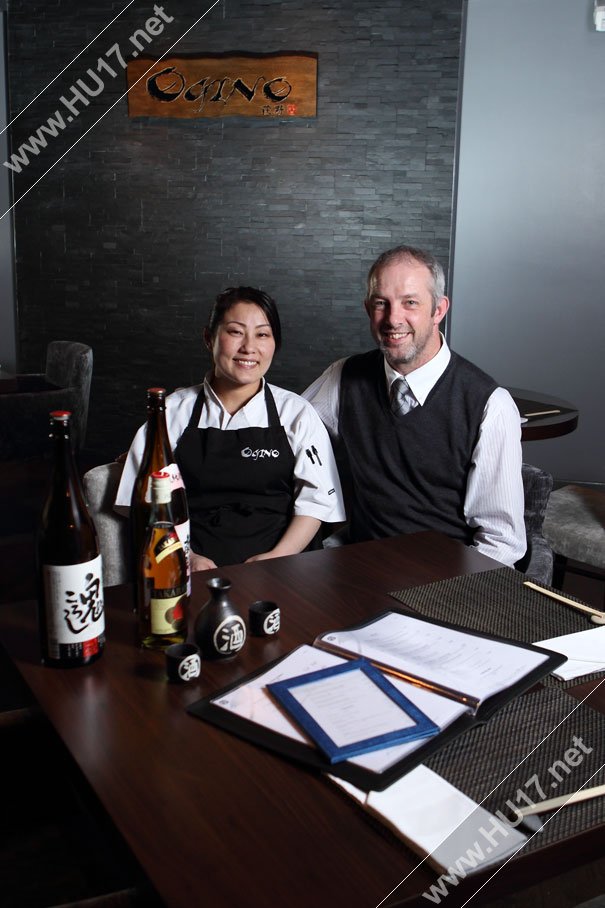 Rieko & Julian  Ogino-Stamford from Beverley restaurant Ogino are ecstatic to have been nominated as finalists in this years’ REYTA’s (Remarkable East Yorkshire Tourism Awards) as ‘Remarkable Restaurant of the Year’ for two years in running.

Ogino stand against five other contenders; 1884 Dock street kitchen in Hull, The Star at sancton, Hide at Tickton, Tapasya in Hull and The Deep in Hull.

The REYTA awards ceremony is being held at the Bridlington Spa on March 13th were Ogino hope to become winners of this years’ prestigious award.

“We have come a long way since we opened in 2012, and it’s not just about the fantastic food we serve at Ogino, but also have become much more than just a restaurant.”

“Ogino are starting to run successful cooking classes, corporate team-building workshops and several schools are attending the restaurant yearly to participate and learn about sushi making.”

“On their visit they learn about the cultural origins of Japanese food, the use of fresh fish, meats and vegetables and how healthy sushi is.

“We believe that these classes will not only promote Japanese food and culture, but also broaden their palates and how healthy Japanese food is.”

“People are starting to realise that Japanese food isn’t just about sushi and raw fish.”

“We embrace a wonderful array of cooked foods, using fresh fish and shellfish, meats including beef and pork, poultry, such as chicken, duck, and in season pheasant and partridge.”

“The flavours we deliver are unrivalled locally and the concept of modern Japanese using local Yorkshire produce has proved to be a winning formula with local people.”

For further information on what Ogino provide, you can visit their website at www.ogino.co.uk or call the restaurant on 01482 679500.