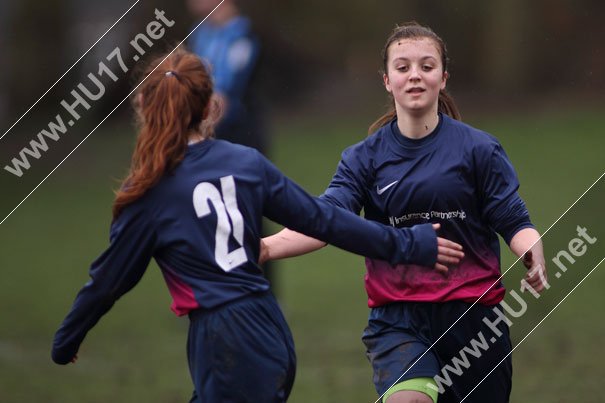 On a boggy pitch at the Beverley Leisure Centre Whitestar did well to hold the  visitors and compete  though went in at half time a goal down after conceding an own goal.

United sprung into life in the second period of the game scoring six goals as Whitestar found themselves up against it with the side that are odds on favourites to win the title, Mill Lane, took control of the match.

Millie Sharp and Hannah Winter bagged two goals each with Amy Dodds, Kimberley Ward and super sub Natalie Bell all got a goal each.