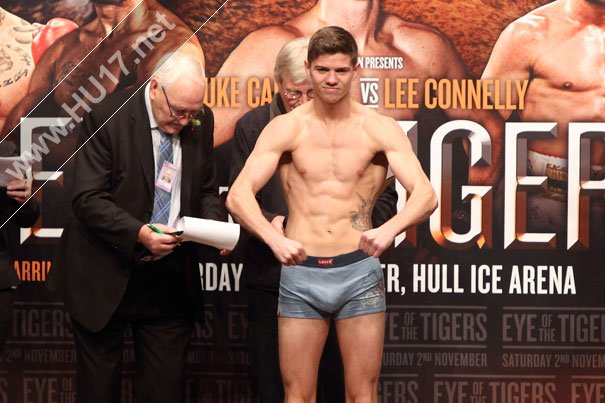 Luke Campbell MBE is back in action against Lee Connelly in his home town later tonight – and the Olympic hero is hoping for more rounds to showcase his skills, live on Sky Sports.

Campbell takes on the Chesterfield man at the Hull Ice Arena and after two first round KO wins in his first two pro fights, the 25-year-old is expecting to be pushed hard by Connelly, who has been the distance in all of his seven fights in the paid ranks.

“I can’t wait to be back in a boxing ring in front of my home-town fans,” said Campbell. “The pressure is part of boxing, and it’s about going out there, handling the pressure and doing the business.

“I am ready to get more rounds in the bank. I want to do so to show the fans what I’m capable of, and I’m expecting a tough six rounds with Lee, which should make for a great fight for the fans.

“I am not taking him for granted at all. I’ve got my serious head on for the fight. This division is booming, and I’m so happy to be a part of it.

“Each time I get in the ring I feel better and well-conditioned. I know what I want in life and the goals I want to achieve, and I am going to have to work hard to get there.”

Big-hitting unbeaten Heavyweight pair Richard Towers and Lucas Browne clash in a Commonwealth title eliminator and that vacant Commonwealth Featherweight title is on the line for another unbeaten duo in Hull’s Samir Mouneimne and Leeds’ Josh Warrington.