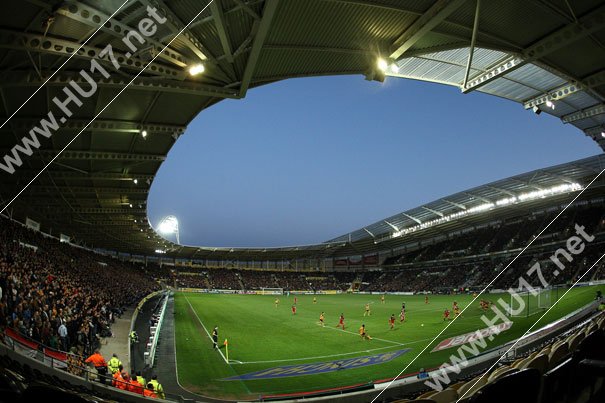 For the most part, Premier League play for the 2013-14 season has taken place far from Beverley, leaving locals with relatively little stake in match or league outcomes.

However, while it can’t exactly be called a home side for those of us in and around Beverley, Hull City have made a decent showing thus far in league play, and are the closest thing East Yorkshire have to a club in the running. So, for those considering a trip out to KC Stadium to see the club play, here’s a brief run-down of how the Tigers have performed thus far, and the outlook moving forward.

The opening portion of the Premier League schedule for Hull City was very tough, and led to 2 losses to top contenders in the first 3 matches – to Chelsea at Stamford Bridge, and to Man City at Ethiad Stadium (along with a 1-0 defeat of Norwich City). The Tigers followed this tough stretch with a somewhat disappointing home draw with Cardiff City, before consecutive victories against Newcastle at St. James’ Park and against West Ham at KC Stadium. This took Hull City into October, where results have thus far been disappointing – a fairly strong draw with Aston Villa, followed by away losses to Everton and Tottenham Hotspur.

Add it all up, and Hull City are smack in the middle of the Premier League standings, with 11 points coming from a 3-2-4 record. Certainly not great, but there have been strong moments and a few truly great matches for the Tigers. Furthermore, the upcoming fixtures look very encouraging for a Hull City squad looking to find an edge and make its way toward the top of the league standings.

With a quick glance at the Live scores and betting tips from Betfair, you can get a clear idea of the favourites for all of this weekend’s fixtures, as well as for league play moving forward. Odds for individual matches as well as Premier League finishes are available and updated based on results and performance, and the immediate outlook for Hull is fairly strong. The Tigers are a strong betting favourite at home against Sunderland on 2 Nov, and underdogs – but not overwhelmingly so – at Southampton on 9 Nov.

If Hull City can manage a win against Sunderland and perhaps steal a draw at Southampton, the Crystal Palace match on 23 Nov would give the team an opportunity to begin November with 7 points before entering a tougher stretch of the schedule. In short, the season is not yet lost for Hull City – and for those in Beverley following the Premier League, now may be a good time to tune in to KC Stadium!