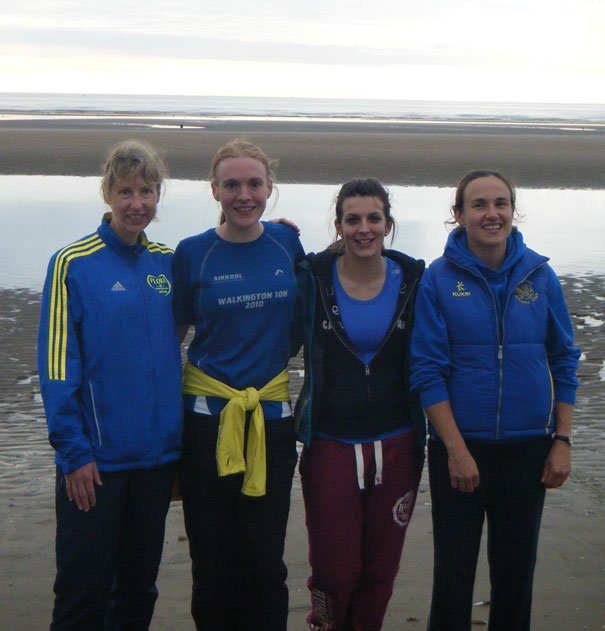 Beverley AC was the only East Riding club to send to runners to the Northern Athletics Road Relays at Stanley Park, Blackpool, last Saturday. Men’s teams consisted of 6 runners, each running a 6.5km leg. Women’s teams comprised 4 runners, each completing a 5.2km lap.

Beverley was unable to field a full men’s team this year, however 4 members ran for the club, all completing the course in times comparable with members of teams quite high up the field. Andrew Johnson was Beverley’s quickest on the day, recording 25:38 for his lap. He was followed by Stuart Little (25:47), Philip Reese (26:51) and Andrew Tate (27:57).

The runners thoroughly enjoyed the experience, despite commenting that the course felt hard this year. “The park was lovely, with an interesting 1 lap course around fountains, gardens, woodland, and a boating lake, starting and finishing at the athletics track. We were able to cheer each other on when not running at this superbly organised event” said Ladell. After the race, the runners took a well deserved break with a fish and chip supper and lots of cake, before heading back to East Yorkshire.