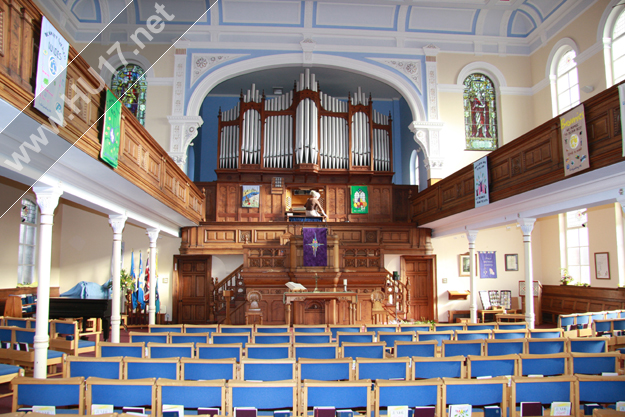 The White Rose and the Red – music and instruments from the life and times of Richard III – feature at a forthcoming concert in Beverley.

The York Waits, a five-strong band joined by singer Deborah Catterall, have frequently performed at Beverley’s Toll Gavel United Church and, on Thursday 3 October (7.30pm), they are back at the venue to perform a programme of songs and instrumental music from the period of the Wars of the Roses.

Hero or villain, martyr or monster, Richard III is one of England’s most controversial monarchs and – more than 500 years after he fell in battle – interest in his life and death is greater than ever.

Last year, his skeleton was unearthed by archaeologists digging in a Leicester car park. Now controversy is raging over whether his remains should be laid to rest in York Minister, as Richard himself desired.

The King had strong ties to Yorkshire. England’s biggest county was his power base and he was fondly remembered in towns and cities such as Beverley and York, long after his name had been blackened by his Tudor successors. Now a band based in modern York provides an authentic musical soundtrack to Richard’s life and times in the turbulent 15th century.

The York Waits will perform on wind and stringed instruments of the period, such as shawms and sackbut, lute and gitterns, rebec and harp, recorders and bagpipes.
There will be music by leading composers of the 1400s, together with popular songs and dance tunes of the period.

“It was a fascinating period of musical as well as military and political history,” said band member William Marshall. “But documentaries and dramas such as ‘The White Queen’ never seem to use authentic music of the times.

“Our concert gives audiences a chance to hear some of the songs, pieces and instruments that would have been familiar to monarchs and ordinary people during the period of the Plantagenets. There are some wonderfully moving songs and rousing popular melodies that have come down to us from the time of Richard III.

“And we know that he liked music because, when he became king, he ordered that all the best choirboys in the country be rounded up to sing at his court!”

Tickets cost adults £14, concessions £12 and are available from Beverley Tourist Information Office on (01482)