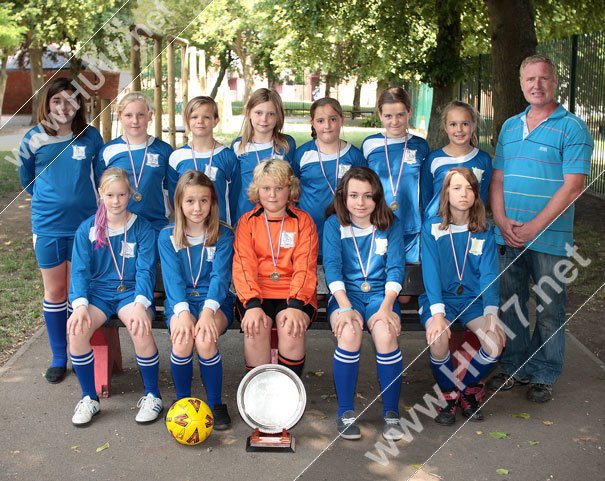 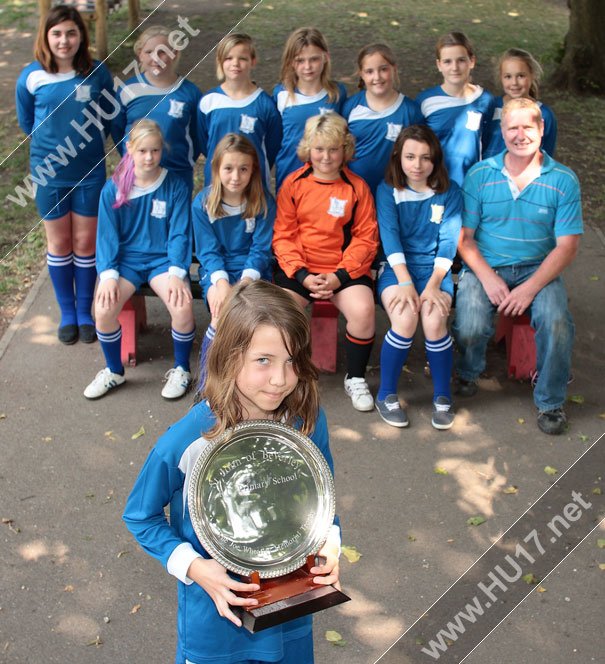 The team was renamed by the girls to ‘St Nickabocas’ won the converted plate without conceding goal beating Lecconfield Primary School 3 – 0 in the final.

“We won it for our coach Terry Richardson’s wife. It was her birthday, and that gave us the added motivation.”

“We knew we were going to win it. We even lifted the trophy up before the final was played!”

Keeper Holly Woodhouse who never conceded a goal in the 10 games played was delighted with her own performance, she said;

“It is amazing to play ten games and not let any goals in. I was very pleased with how I played and how the team played.”

Charlotte Tompson who scored all three goals in the final, two from the spot and a free kick was equally delighted with winning the title.

The team were very grateful to their coach declaring, “We could not have won it without Terry!”