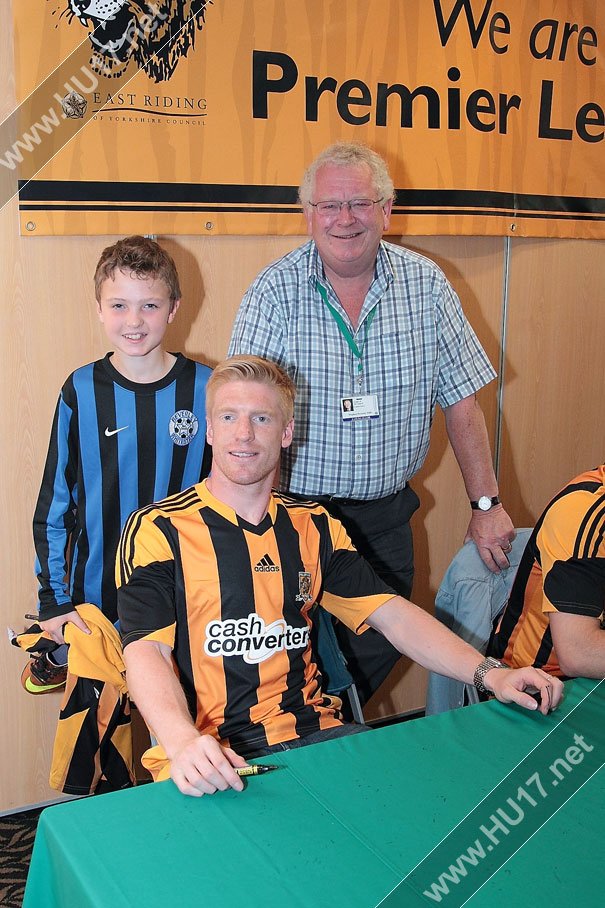 Hull City fans across the East Riding got to meet their heroes this Sunday at the Beverley Leisure Centre.

Their Premier League heroes were in Beverley to meet and greet fans and show off the club’s new home kit.

The Tigers secured promotion back to the top flight of English football on the final day of the season, and excitement is already building for the first game against Jose Mourinho’s Chelsea.

Alongside the meet and great the event also featured face painting, balloon modelling, skills demonstrations from the Hull City with some of the Beverley Whitestar players getting to meet the Hull City Pros.

Councillor Stephen Parnaby OBE, leader of East Riding of Yorkshire Council, said: “As a long-time fan of Hull City, it is a great privilege to be able to host the Tigers at one of our venues, and we hope that fans of the team from across the East Riding enjoyed the day.”

James Mooney, marketing and online commercial manager for Hull City, said: “We are excited to be involving Beverley in our 2013/14 kit launch, a large proportion of Hull City supporters come from around the East Riding

“It was a great pleasure to bring some of the first-team squad to Beverley to meet fans and give them a glimpse of the new Hull City kit.”

Fans can purchase both the home and away kit from the club’s official store in Princes Quay shopping centre, which went on sale this week and online from www.tigerleisure.com