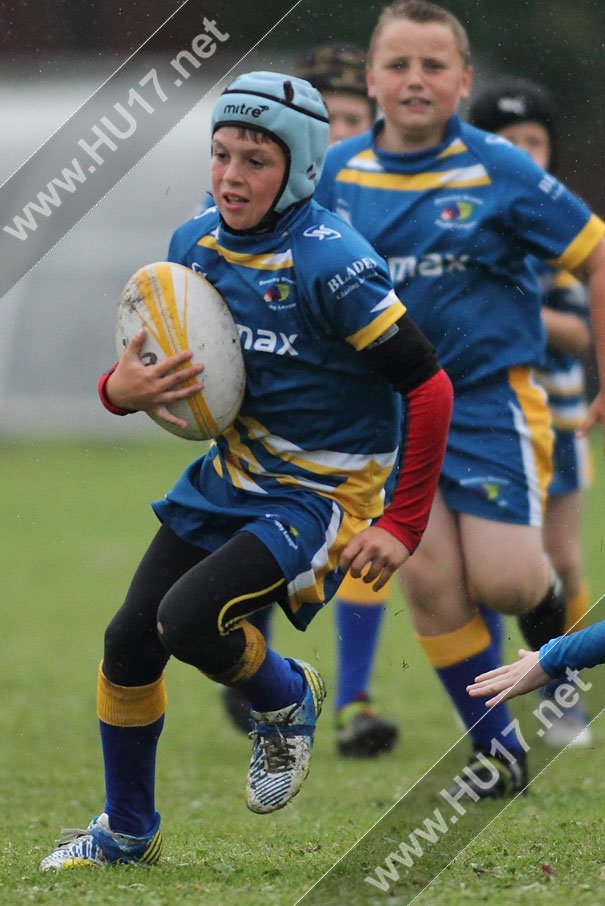 The Beverley Braves U10s proved to be too good for Hull Wyke as the sides did battle playing a good game of rugby league in the rain at the Beverley Leisure Centre.

Both teams went set to set, but Wyke were left frustrated as the Braves appeared to get a the rub of the green from match officials on more than one occasion for being offside.

Nothing, however, could take away the attacking flow the Beverley Braves showed as they stormed into a 16 – 0 half time lead.

In the second, half of the game the Braves again showed good attacking flare adding a fourth try. Wkye however, did not give up. They showed great heart and worked hard in defence with Ben Stulley and Bailey Miller tackling everything that came their way.

The visitor’s efforts were soon rewarded after gaining good field position, they scored their first try of the night. More success was to come for the Hull side as they added a second try. Beverley hit back right away extending their lead all but ending the contest.

Wkye however, continued to show courage and commitment, never quitting and were again rewarded as they scored their third and the final try of the evening.