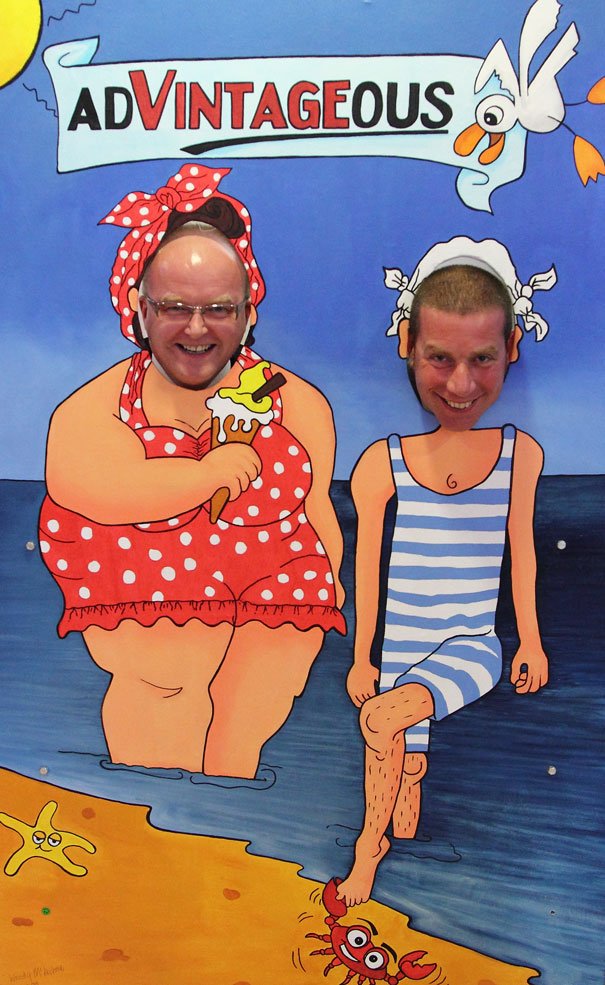 The Yorkshire International Business Conference was held in Bridlington Spa on June 7th 2013, and I was fortunate to be offered a place by a Beverley businessman with whom I have worked over the recent months.

The event was to last for the whole day and, as I have made a commitment to my advertisers that the HU17.net website is updated every day, I was up at dawn to get my work done on the site before getting in my suit and heading off to Bridlington for breakfast.

At first, I was not sure what to expect, but I saw lots of familiar faces at the venue, which helped me settle into it quickly.

There were around 700 people in the Bridlington Spa, but the proficient service by the numerous staff at the Spa ensured that no-one had to queue for the superb refreshments on offer. Coffee, tea and bacon sandwiches were plentiful and delicious.

Members of the Fast Forward to Apprenticeship Programme, dressed in blue T-Shirts, were given the huge task of preventing the delegates from entering the main floor until the event began, and in return were given the opportunity to meet with the top business people in the region to further their own career prospects.

Shortly after 9am the first speaker, Rosie Swale Pope MBE made her way to the stage. Rosie is the only person in history to travel around the world on foot unsupported! Her story was pretty amazing and put into context the efforts of Phil Moses from Beerhouse and his sponsored walk, which our table thought was an amusing comparison.

David Miliband was next on stage. He was very easy to listen to and spoke about many things, including leadership and the how, on a global scale, there are no natural leaders in terms of countries in the modern world.

After a short break we moved from the main hall to the theatre, where David Burns held a live show on BBC Radio Humberside. Hull’s very own golden boy Luke Campbell introduced the next guest, paralympian David Weir MBE, who won four gold medals in London 2012.

Sir Terry Leahy, the former CEO of Tesco and the man behind the Clubcard and many other projects, was next on the agenda. For me, his talk was the most interesting of the day as he touched on something that is very relevant to the changes and challenges we are experiencing today in Beverley.

Part of his talk was about how retail is changing, and the impact e-commerce is having on the way that consumers shop, which is in turn having a direct influence on how retail parks, shopping centres and town centres need to evolve. With the Flemingate and Grove Hill developments on the cards, we may be about to experience the sort of issues in Beverley that Sir Terry Leahy has worked with on a global scale.

If Mary Portas is the Queen of Shops, then Sir Terry Leahy is the King of Retail and Leisure. His talk was detailed, but the basic headline is that town centres need to create experiences for people to draw them in and offer them something that they can’t get shopping on their computers. For example, he focussed on how socialising is something people like to do, and that you cannot go out for a meal with your friends on a web site!

After lunch, Paul Sewell came on stage and said he had some bad news; David Dein would not be able to make it, but they had got a replacement to fill the slot. My expectations weren’t very high, and I thought that a typical last-minute stand-in might be a bit of a disappointment, but the YIBC pulled another ace from their sleeve and introduced Michael Heseltine, who was funny and very interesting.

Another break followed before the final talk by Professor Brian Cox OBE. There were 700 people in the room hanging on every word he said. I cannot pretend that I understood most of what he said. Entertaining as it was, a lot of it went over my head. I did however learn a few things, like the fact that the universe was once the size of a melon, and also that somewhere in Europe there is 27km tunnel being used to recreate the ‘big bang’. Many around me managed to understand his message within the context of the day, although there were a few confused faces too.

I was more than happy with the fact that the speakers had been diverse and interesting, and that I had learnt something from all of them.
Overall this was a cracking day that left me feeling very inspired. My head is still buzzing from the stories, advice and information that was shared by some truly great people from the world of sport, science, business and politics.

The 2014 Yorkshire International Business Conference takes place on the 6th June, details of which can be found on their web site – www.yibc.biz or by calling Christine Clayton on 01924 422193.