Beverley Car & Cycles have again continued their support of Beverley Armed Forces Day by donating a bike that will be raffled off.

Staff from the store presented the event organiser Cllr David Elvidge with the bike, at the shop that is based on Norwood.

As a sign of appreciation for their support Cllr David Elvidge gave the store a special certificate thanking them for their backing.

Beverley Armed Forces Day will take place in Saturday Market on 7th July 2013. The event is a free affair and is used to celebrate the Armed Forces pass, present and future. 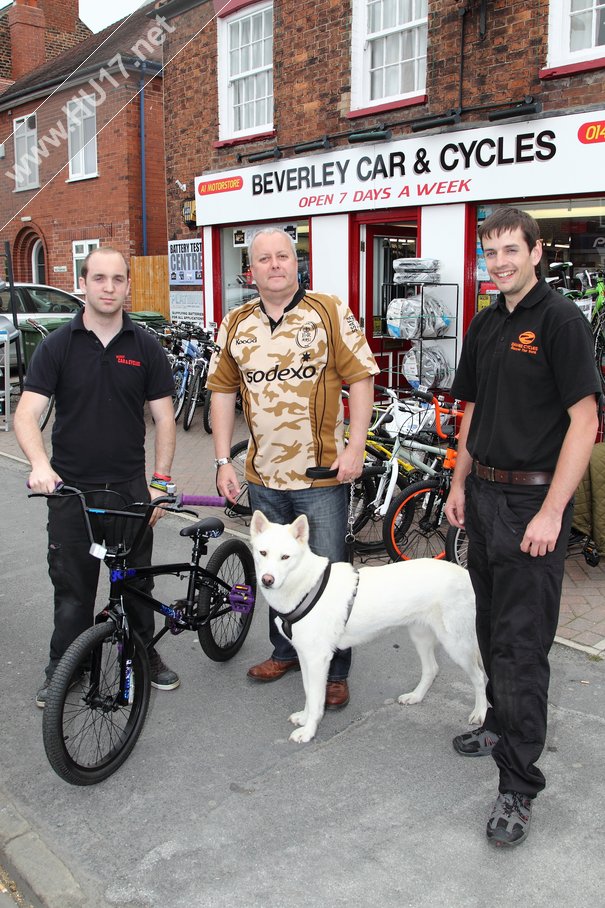 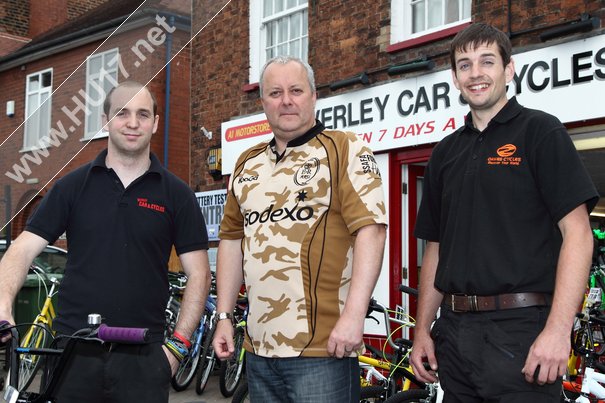 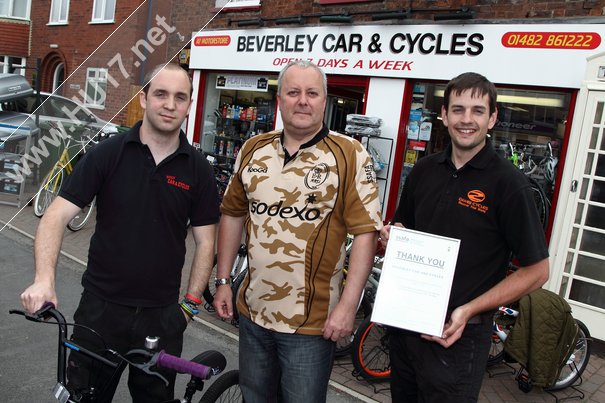