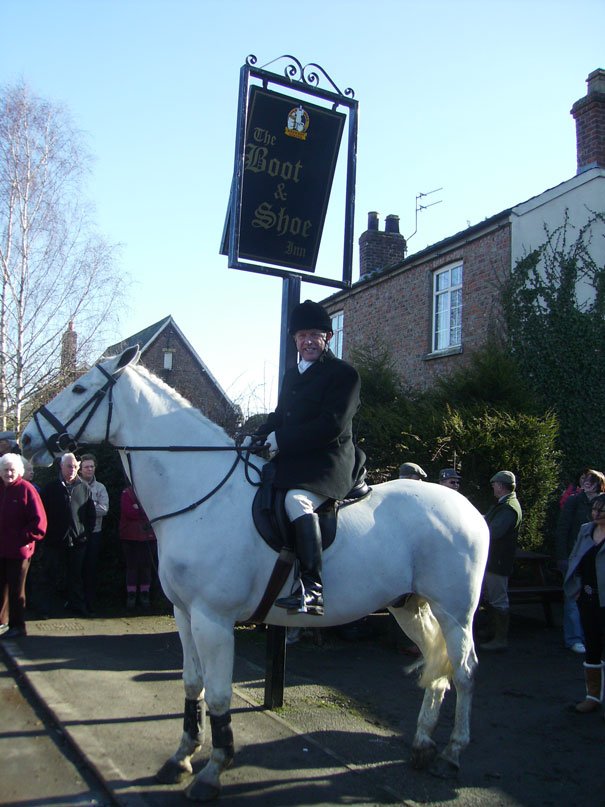 Humberside residents staging a protest this weekend from 9am over axing the police mounted section have been warned against it – by the police.

“You couldn’t make it up. This complete abuse of power,” said campaign supporter local Euro MP Godfrey Bloom, who is himself a keen rider.

Hundreds of campaigners on horseback and foot are expected to turn out on Sunday to march from Beverley Racecourse into the town showing their opposition to closing Humberside Police mounted unit at Walkington in July.

A petition has already collected at least 2,000 signatures against the plan which is being introduced to save £500,000, though campaign organisers dispute the cost-cutting figure.

Marie Dickenson, who along with her husband Mike, runs a horse riding and rural supplies shop, where the petition is based, said that they have been visited by police and warned an injunction may be taken out to stop the march because of safety fears.

“This is a peaceful event, we aren’t out to cause trouble, we just want the police force to re-consider the closure decision. We don’t accept their figures supporting the closure and think other savings could be made.

“We have been told if the police have to come out we could be hit with a bill and charges could follow if there are any accidents,” she said.

Godfrey Bloom, who is planning to take part in the Sunday morning protest, said, “It is somewhat ironic that the police seem set on stopping this march when it is local people who are doing it in support of police horses and their riders.

“People feel strongly about this issue and feel there is a real need for the mounted division, particularly now Hull City have been promoted. They are also good PR but the force seems more intent on bad publicity with their response to the march.

“Beverley is a morgue on a Sunday morning so referring to health and safety issues is a sham. If we can’t have a peaceful demonstration on a Sunday morning I cannot think of any other expression than that we have turned into a police state,” he said.