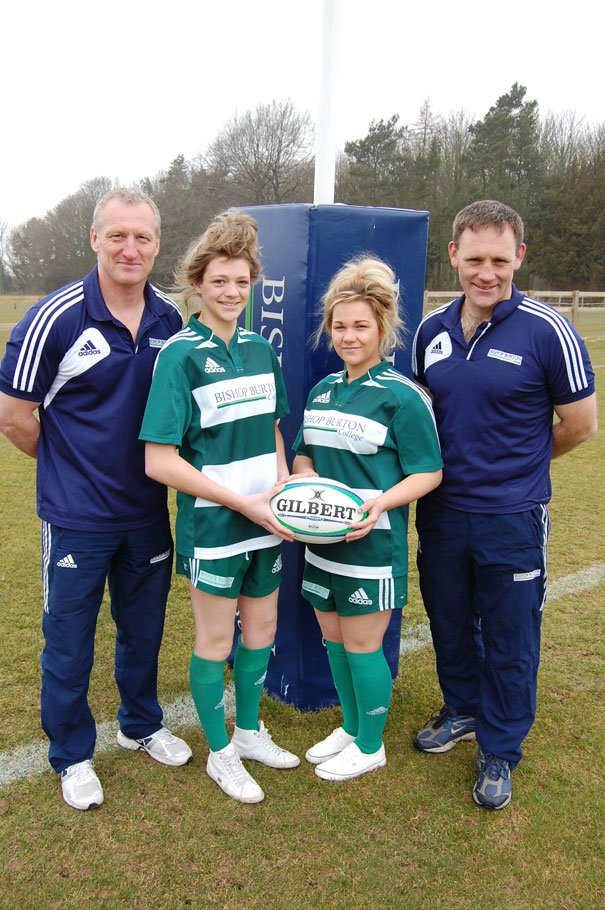 Bishop Burton College has been named as one of only five new women’s rugby union centres for Advanced Apprenticeships in Sporting Excellence (AASE).

The AASE programme is designed to meet the needs of young people, aged between 16 and 18, who have the potential to achieve excellence in rugby whilst also pursuing an education through A Levels or BTEC courses.

The application process involved a thorough assessment for suitability and an extensive interview and presentation to an RFU panel. On receiving confirmation of the award Bishop Burton College took the decision to pilot the scheme this year with six female players, in advance of the official launch. From September 2013 funding will be in place for a further ten female players.

Assistant Coach, Richard Wareham, has been working with this year’s students. He said,

“This is a fantastic scheme and opportunity for developing women’s rugby in the UK. It’s about recognising players with potential to go far in the game and is open to any female player with a passion for rugby. It’s important to start early and at grassroots level – we’re building the Olympic medal winners of the future.

“The students will play at national level for the College and against the other AASE colleges, but it’s important they also keep playing at club level in order to keep up match practice.”

Players Megan Newsome and Brooke Madison have been part of the pilot scheme and are looking forward to continuing their development next year. Both are also students at the College, studying Level 3 Horse Management courses. Megan said,

“We started from scratch and have learnt the rules, skills and theory of rugby as well as diet, nutrition, training and conditioning techniques. I enjoy contact work and playing games the most and will be great to see the sport expand as it will mean more opportunities for matches.”

“This move is fantastic news for the women’s and girls’ game. It will continue to develop players in our already well-established Player Pathway at this age group, whilst the programme is also designed so that each athlete is given the opportunity to develop their rugby skills alongside their studies.

“The RFU is really excited about the next few years with the 2014 Rugby World Cup in France and the 2016 Olympics Games, which will feature Rugby Sevens, in our sights. We are confident that the expanded AASE programme will support our international ambitions in both the XVs and Sevens games.”