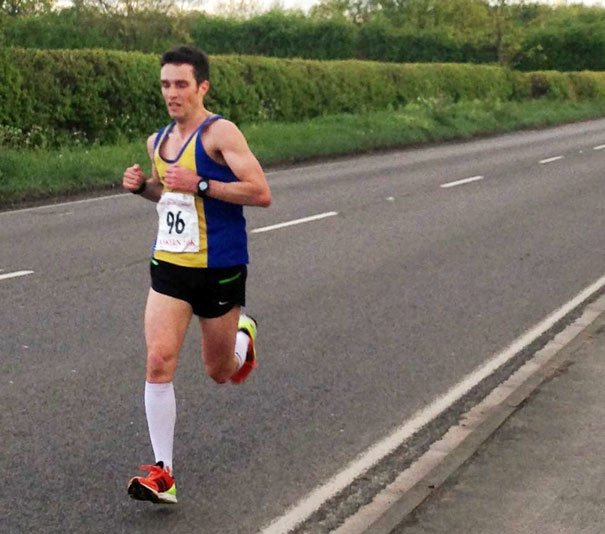 Beverley AC runner James Pearson, once again made the top 10 in the Askern 10k, near Doncaster, last Wednesday.

The race is a traditional club runner’s race, with an overall good standard of runner usually entering. It is akin to a 2 lap course with one small, then one large lap. It is renowned for producing fast times, as it is fairly flat with one small hill about halfway round. Last Wednesday however, fairly breezy conditions probably cost most runners 10 to 20 seconds over the course.

Pearson is just getting back to fitness following 5 weeks off with a calf tear, and followed his 7th place in the Beverley 10k up with 9th in 34:20 at Askern. He is focussing his efforts on lowering his 5 and 10k PB times this year and is running the 5000m in the Humberside Athletics Championships for the first time next week, as part of his programme.

Askern is part of the Beverley AC Handicap League, so a number of other members were running. Lucas Meagor, still carrying some stiffness in his legs from the previous night’s East Hull Summer League race, struggled to reach his usual pace. Luke Davidson, a relatively new member of the club, continued his fine form, with an impressive 36:50, closely followed by Mark Dalton, 7 seconds later. Andy Johnson was pleased to be approaching his better times after injury. Paul Evans continued his improvement in recent months. First Beverley woman was Angela Collins in 48:13.