One week after the tragic events at The Boston Marathon, 12 Beverley Athletic Club members joined more than 35000 runners in the 32nd London Marathon.

There were some strong performances all round but Sam Allen probably stole the Beverley AC show with a new PB of 3:29:22, knocking a huge 9 ½ minutes off her 2012 time.

Last year, Sam sadly lost her close friend and running partner, Maria Britton, herself a club member, to cancer. After a tough time coming to terms with this, Sam became determined to do Maria proud and set about a 6 day a week training programme, which reaped its’ just rewards on Sunday.

“I knew this would be an emotional day” said Sam. “I am absolutely thrilled and amazed with my new PB. I thought of Maria all the way round and how together we could do this and both be proud. I found comfort running alongside people with a similar story to tell. The London Marathon is an amazing event for anyone to take part in. The support from the crowds is unbelievable”. 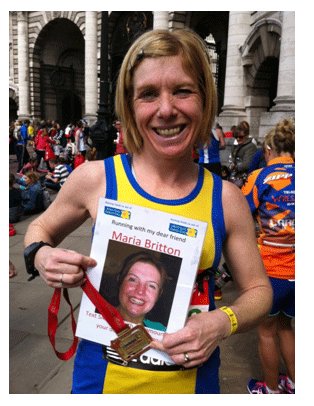 There were many other fine performances from Beverley members. Paul Clark (3:22:57) and Paul Evans (3:43:00) were on top form.  Julie Donald maintained her usual high standards with an impressive 3:38:48. Pete Watkinson, who is stepping up to Ultra Marathon running later this year with the 145 mile Grand Union  Canal event, came in on 3:47:31. Jacqui Hardman smashed through her 4 hour target with an amazing 3:51:16. Mark Dalton just missed out on breaking 3 hours and Tony Hunter turned in another impressive time of 3:17:35. 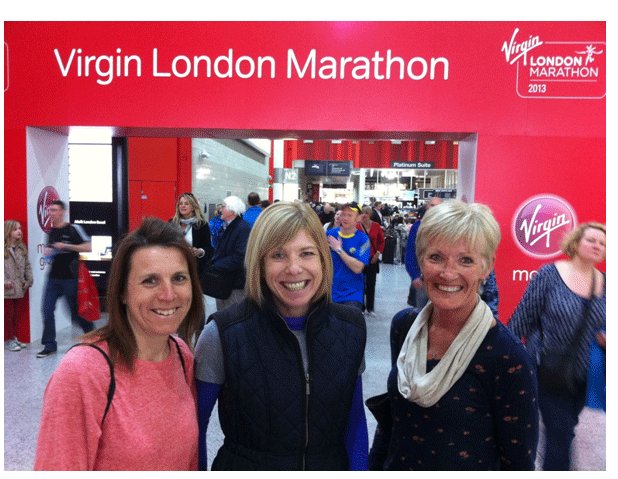 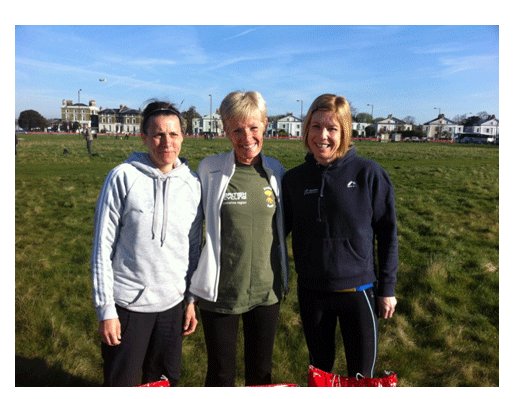 (Left to Right) Julie Donald, Jacqui Hardman and Sam Allen get ready for the race at Blackheath

2012 Olympic Games Maker, Lucas Meagor, ran his 9th London Marathon and 30th Marathon in total since 2001, in full Games Maker regalia. Lucas is overcoming an ankle injury but still managed a creditable sub 4 time of 3:59:54, in spite of stopping to be interviewed by the BBC at the 18 mile mark when he was beginning to flag! 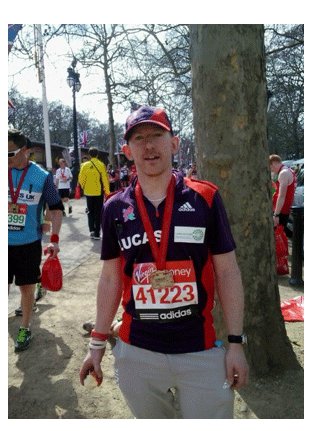 There was also a battling performance from Jody Horth, who had a bad stomach bug in the 24 hours prior to the race and nearly pulled out. In the end he came in 16 minutes slower than his PB with a highly creditable 3:52:16. In addition, in the 60-64 age group, David Gardner turned in a good effort with 4:53:48.