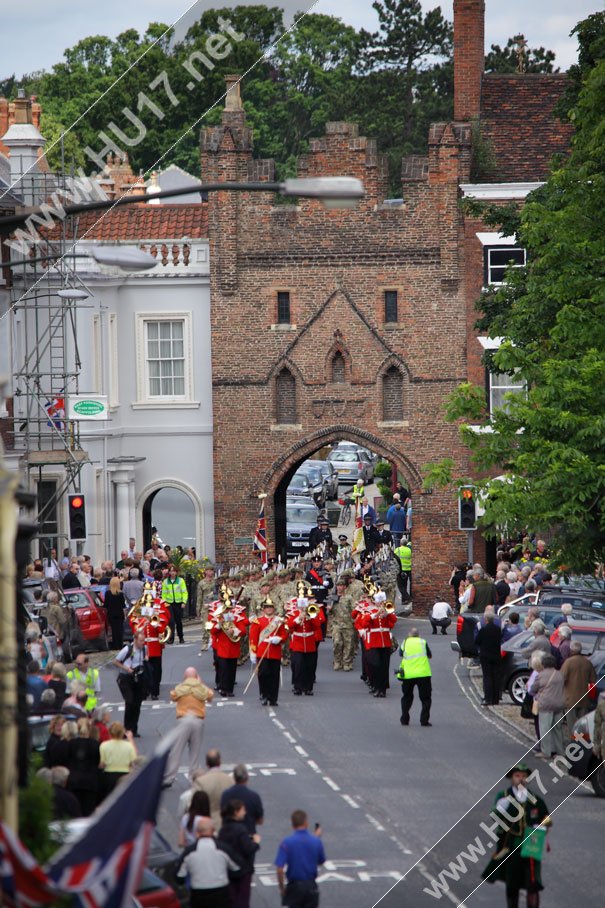 The Defence School of Transport, based at Normandy Barracks, Leconfield, will exercise the Freedom of the East Riding at Beverley’s next Armed Forces Day on Sunday 7th July 2013.

The freedom, the highest honour the East Riding Council can bestow was granted at Beverley’s second Armed Forces Day in 2010.

“I am delighted that the Defence School of Transport will once again take centre stage in Beverley and I would ask the public to join us and line the streets to welcome our servicemen and women into the Town as they enter through the Medieval North Bar, before marching into Saturday Market Place”.

“The officers and other ranks from the Royal Marines, Army and Royal Air Force serving at DST really appreciate and value the honour of having the Freedom of the East Riding. It is a great opportunity for us to show our gratitude to the people of the East Riding for their past and ongoing support, especially on Armed Forces Day.”