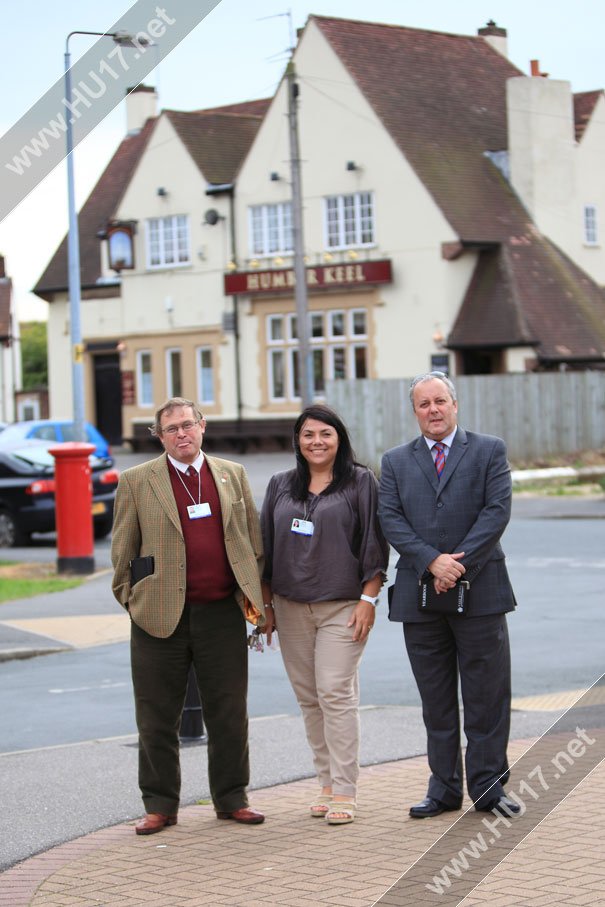 The Ward Councillors for the Minster and Woodmansey Ward held the second of their Drop In Evenings for their Ward residents at Keldmarsh School on the 27th of February 2013.

Displays of the Future Beverley Plan, The Beverley Integrated Transport Plan and YORSwitch cheaper energy scheme were on hand as were Officers from the East Riding of Yorkshire Council to man the stands and answer residents questions.

Councillors David Elvidge , Kerri Harold and Dominic Peacock thank all the officers concerned who not only manned the stands at Keldmarsh School but also the stands at the previous Drop In meeting held at the St Nicholas Community Hall.

Councillor Peacock said residents made alot of practical valid points regarding the numbers of dwellings involved and there was a great deal of anxiety over the amount of traffic that would eventually go past the Keldmarsh chool as well as disbelief that the proposal for Beverley Parklands would see in excess of 750+ houses all taking access from Rosemary Way.

Councillor Harold who is also a governor at Keldmarsh School said the Keldmarsh School problem must be addressed and Councillor Elvidge said it is imperetive that ward residents write or e-mail the Council with their views and concerns.

As a result of the two meetings the Ward Councillors will hold a series of meetings with Council officials over the sheer number of dwellings proposed for the Minster and Woodmansey Ward.

All Ward Councillors firmly believe that the numbers of dwellings proposed amounting to 2,700 dwellings is completely unacceptable and this must be addressed.