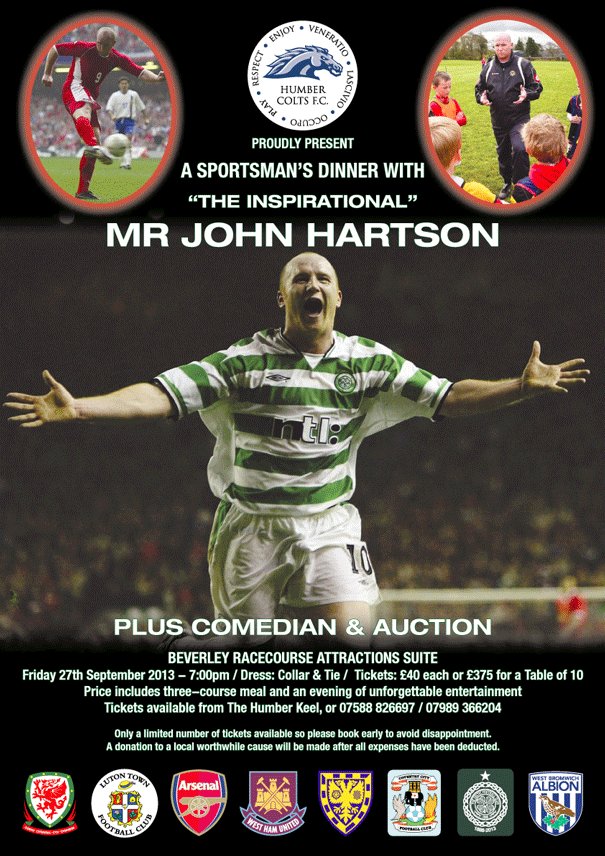 Local football team the Humber Colts are hosting a Sportsman’s Dinner at Beverley Racecourse in September, with international footballer John Hartson appearing as a guest speaker.

The club are using the night to raise funds for the team through ticket sales and will also be making a donation to charity.

Club secretary Craig Fawcett said: “This event is a major undertaking by all involved with the Humber Colts.

“The club are hoping that the people of Beverley will join us at what promises to be an excellent night’s entertainment at Beverley Racecourse.

“It will be a good evening and chance to listen to John Hartson’s stories and anecdotes from his time as a top-class footballer with Arsenal, West Ham, Celtic and Wales, along with his well-documented battle with testicular cancer.”

As well as the draw of a top-class and articulate footballer, there is also a top-drawer comedian at the dinner in Lea Roberts, a former winner of ITV’s Stand Up Britain Awards.

To purchase tickets or to enquire about sponsorship packages call 07588 826697.