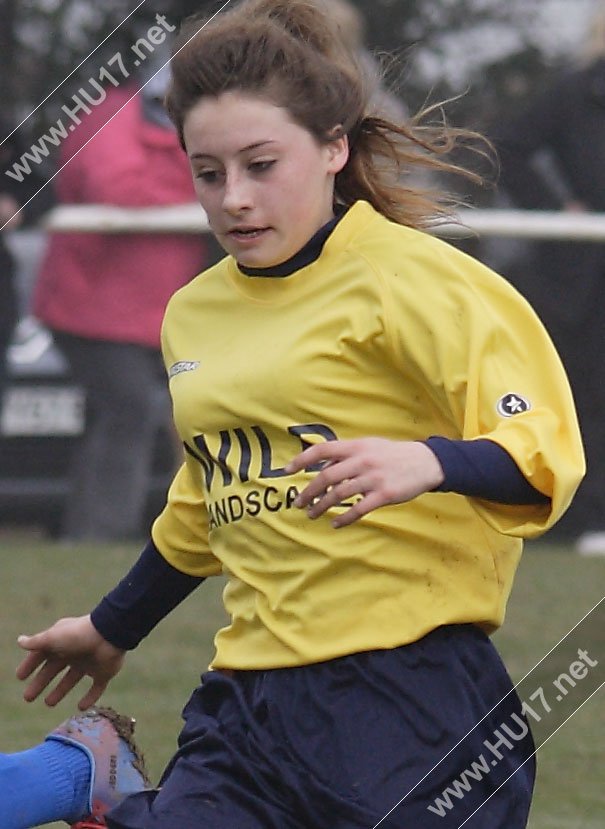 Both teams started the game with only ten players and no possibility of substitutions. It was going to be a hard 80 minutes of East Riding Girls Football League action, and a real test of character, especially as both teams needed the points to lift themselves from the wrong end of the league table.

Heavy overnight rain meant that the Walkington pitch was not going to be conducive to following attractive football, and so it was no surprise that the game started with both teams cancelling each other out, and few scoring opportunities.

The match sparked into life when the away team opened the scoring with an easy knock-in. The goal stemmed from a looping ball that squirmed from the Mill Lane keepers’ hands, no doubt due to the muddy conditions, and fell favourably for an easy goal.

The Mill Lane girls showed no sign of panic at falling behind, and started to make scoring opportunities as they moved the ball about with confidence. Still Tickton held firm though, defending with determination and playing the offside trap to good effect.

When the Mill Lane United team could break through, the AFC Tickton keeper was simply outstanding – keeping her side in the game with good saves in one-on-one situations.

Just as Mill Lane were beginning to get frustrated by their failure to profit from the opportunities that they had made, along came the equaliser. A lovely crossed ball from the hard-working Courtney Fee fell to Keely Forward who coolly converted to level the half.

Both teams emerged from the break knowing that the game was still winnable. AFC Tickton played with a great spirit, enjoying a lot of possession in central midfield and pressing numbers forward whenever the chance arose. In fact, Tickton could have taken the lead were it not for some good work by the Mill Lane defence, especially Chloe Bell, who was ever alert, quick to react and strong in her tackling.

For their part United continued to threaten with some accurate passing and finally seemed to be beating the offside trap that Tickton had used so effectively in the first half. Despite Tickton having some good possession it was the home team that looked the more likely winners, and so it turned out to be.

Mill Lane took the points in the last quarter of the game, with two well deserved goals. The first came from a ball across the face of the goal, delivered by Keely Forward, that was met by Angharad ‘Harry’ Jones and went in off an unfortunate Tickton defender.

The final goal was the highlight of the match. It came from a corner kick that Jody Brown delivered with pace and precision to the feet of a closely marked Courtney Osler, who slotted the ball into the net with an instinctive back heel.

The Mill Lane United player of the match went to Jody Brown for her use of the ball in a hard-fought midfield, and for carrying the ball forward during spells when her team were under pressure.

Special mention must go to Angharad Jones, who as a newcomer to competitive football showed great improvement and forced a match changing goal.