The blue and golds bowed out of the Tom Beautiman Cup on Saturday at the Beverley Leisure Centre.

They had ample opportunity to win this tie and will again kick themselves for not making the most of their chances in attack. On a bitterly cold afternoon, both defences were well on top and tries were at a premium.

The home side’s first scoring opportunity came in the 10th minute when wingman Tom Hessel, who had his best game for the club since joining in the close season from Hornsea RUFC, broke up the middle only to be foiled by a last ditch tackle from the full back. Minutes later Nathan Wilkinson made no mistake when charging over following a spell of pressure inside the Haworth 20 metre zone.

The blue and golds continued to press but tended to panic close to the opposition’s line and often the final pass went to ground. The visitors grew in confidence in the first half and managed to to twice cross the Beverley line to lead 8-6 at the interval.

The visitors extended their lead early in the second half with a converted try to lead 14-6. The second half became a war of attrition. Full back Lee Falcus thoroughly deserved the man of the match award with try saving tackles and diffusing most of the bombs from the visitors. On a day for forwards Nathan Wilkinson and Ian Esselmont looked to be the pick of the pack.

Finally after several sets on the opposition line, Steve ‘Macca’ Davidson not to be confused with the other Steve Davidson charged over for Watkin to convert and reduce the arrears to 12-14 with 20 minutes to go.

The hosts through everything at the opposition in the closing stages with Ian Lane getting over the line only to be held up, but they could not get the vital score.

There are no fixtures this Saturday due to the England v France international at Craven Park, so there will be another weekend off in what has been a frustratingly stop start season so far. 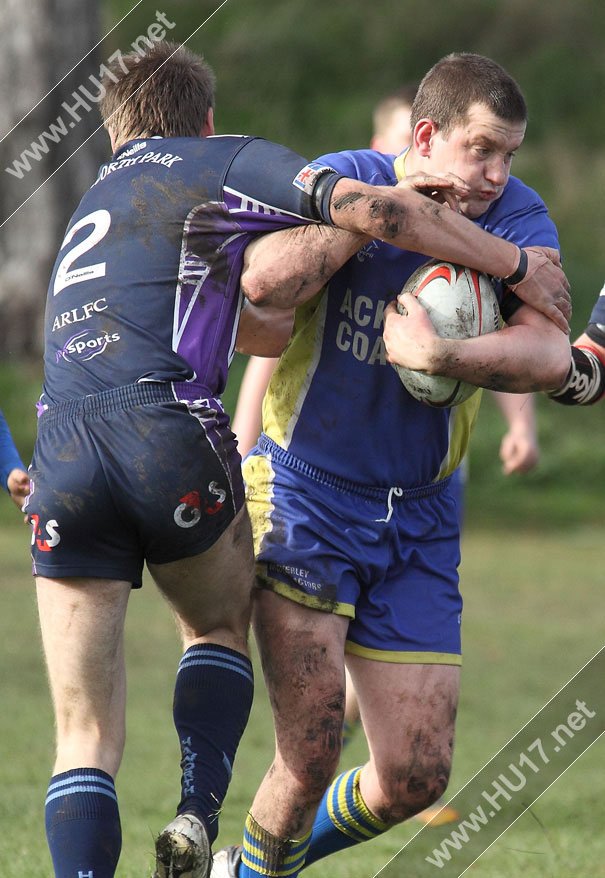