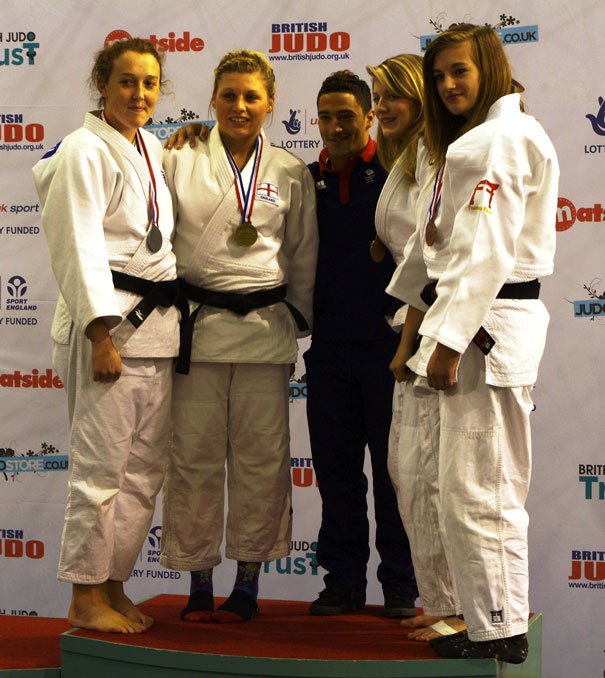 She had slipped down the England ranking lately due to judo taking a back seat whilst studying for her A levels at Beverley Joint Sixth. However she has completed these now and secured a place at Leeds Metropolitan University studying Sports Science. She could now turn her full attention to winning the one title that has eluded her over the past 4 years the latter 3 of these she has finished in second place with the silver medal.

Lois’ first fight was against Kirsty Dickson from Scotland, it was important to get off to a good start and with the match scheduled for 4 minutes, Lois threw her opponent for a maximum 10 point Ippon score after just 1 minute.

Second up was Rachel Moon from Wolverhampton, this was on paper her hardest fight and it panned out like that with neither girl getting a scoring throw. It came down to who dominated most and that was Lois; her opponent was penalised twice for defending and that gave Lois the single point she needed after the full 4 minutes was played out.

Next for Lois was Rebecca Freeman from Polkyth. This only lasted 22 seconds as Lois was now in full flow and Rebecca was thrown with O-Uchi-Gari for an Ippon score.

The only person standing between Lois and the gold medal now was Shermane Henlon from Westcroft Judo club. The fight started slowly with Lois dominating the grips and after 1 minute and 20 seconds an explosive Harai-Goshi throw saw Lois win the contest and the gold medal.