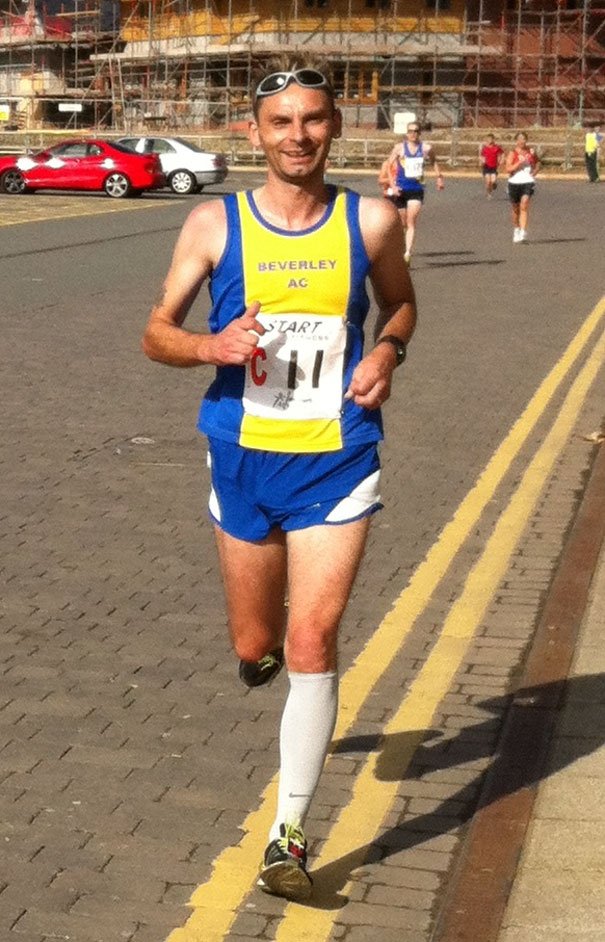 Members of Beverley Athletic Club travelled to Leigh in Lancashire last weekend to compete against teams from all over the north of England in the Northern 6 and 4 Stage Road Relay Championships.

It was a mild sunny day and conditions were perfect for runners and spectators on the interesting course which started at Leigh Sports Village.

Although advertised as a road relay, athletes lined up inside a stadium, completed a lap of the track and then headed off onto a twisting muddy path before running round the edge of a field. They then returned to the road, ran round the sports centre and finished off with another lap of the track.

Beverley ladies put in their best performance in a relay race to finish in 39th place out of 55 teams and with an aggregate time of 1:04:55 for the 4.9km course. Sam Allen ran a great first leg and recorded the fastest time for a Beverley lady. The course was shorter than she had expected and she would have run even faster if she had been able to check out the route in advance. Sam handed over to Julie Donald who was running in her first relay and in probably the shortest race she has run in a long time.

Julie is more at home running 10ks, half and full marathons but paced herself well to finish as the second fastest Beverley lady. Jayne Dale ran the third leg and consolidated the team position before handing over to Kate Ladell.

There was much jockeying for position in the last leg and after passing 3 rival runners Kate was overtaken by two other ladies. After a busy summer when she got married and did not have a lot of time for training, she said: “I’m pretty happy with my run considering my lack of fitness.”

The men’s team finished in a respectable 77th place out of 88 teams with an aggregate time of 2:22:59. Stuart Little ran a strong first leg and then handed over to Neil Bant for a steady second leg. Jonathan Leskiewicz was the third Beverley runner to tackle the course. He was Beverley’s fastest man in Leigh, completing the 6km course in 22:41. Andy Tate and Steve Evins ran consistently and recorded exactly the same time over the two-lap course – 24:44.