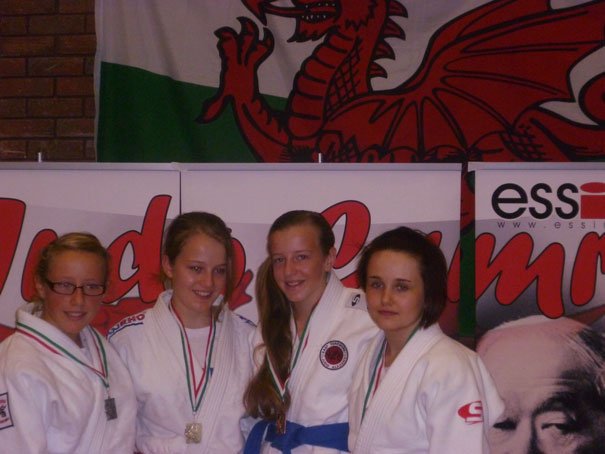 Beverley’s Holly Bentham continued her successful 2012 so far travelling to Cardiff to compete in The Welsh Open, one of judo’s major events.

In a packed arena at the Welsh Institute of Sport, Holly produced some fine judo against some of the country’s best young athletes.

The competition progressed and subsequently led to Holly being pitted against close friend and home favourite, Karla Marie Owen. A tough fight followed with Holly being edged out though not deterred Holly battled through further contests and with the category drawing to a close, Holly required a win in her penultimate bout so secure a bronze medal.

A determined Holly took the opening score, a Yuko, by sending her opponent to the floor before a minute later being penalised for a technical infringement which leveled the scores.

The extended time period was entered with both girls having to dig deep into their energy reserves when suddenly with great speed Holly countered sending her opponent crashing backwards to the mat for an immediate winning score, an Ippon.