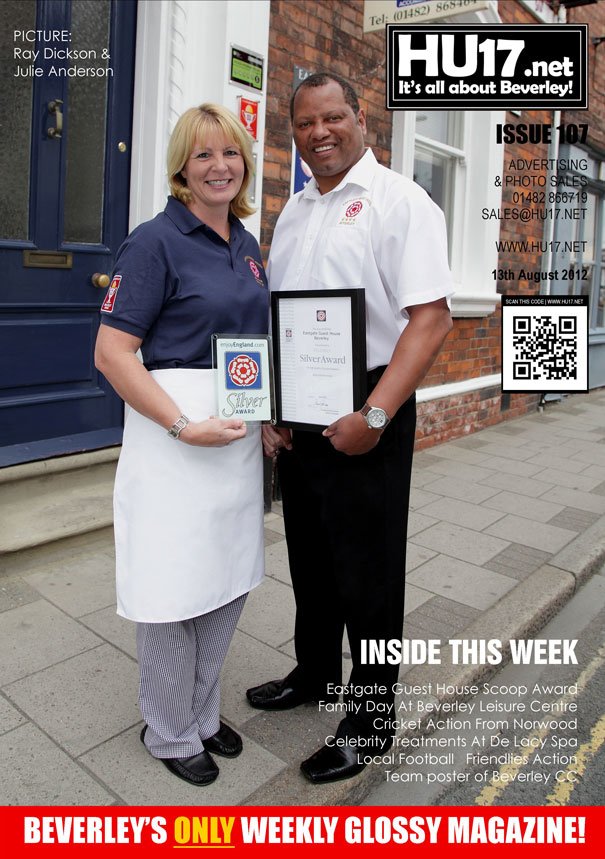 This week’s edition features pictures and articles from the HU17.net web site;

Staff from Arvato held their annual fun day at the Bevelrey Leisure Centre. A number of activities were provided that included formula one

Beverley Town Cricket Club were beaten by 62 runs away to Driffield Cricket Club in a fund raising Twenty Twenty match. The Beverley

Beverley’s Fourths March On With Victory Over Hull

Beverley Fourths blew away Hull in the East Yorkshire Cricket Alliance as they won by six wickets at the Norwood Recreation Ground.

Last October, ‘Rojo’ opened in St Mary’s Court, next door to Ciel and under the same ownership. The buying for the store was done, in London, by the group buyer, as it was felt that this would enable the shop

Phillip Matthews “The scoreline flatters the Humber Colts; we made them work hard for the win and felt we were unlucky not to geton the score sheet; our squad is tiny compared to theirs.”

Some pictures taken at the Beverley Westwood during the week as summer finally kicked in. They were taken near Burton Bushes and show the clouds over head and some of the holes on the golf course.

Chris Cyprus took up painting after developing testicular cancer. The illness changed the direction of his life as enforced inactivity made him start to observe and consider the importance of the things around him. Among these was the role of allotments within the community

Beverley Polo Club is set to be buzzing this weekend In celebration of it’s 10th year anniversary, with a weekend packed with horsepower, champagne & style!