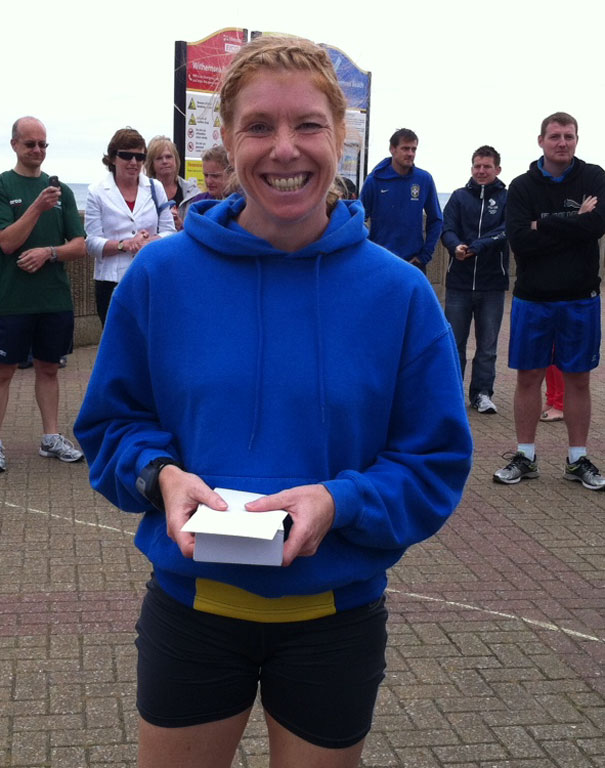 Junior and senior athletes from Beverley Athletic Club enjoyed a day out at the seaside on Sunday when they took part in the Withernsea 5 mile road race and 3k fun run.

Both races started and finished at the pier towers on the promenade. It was a dry and breezy day and conditions were good for running.
Mark Dawson was the first Beverley runner to finish. He was 13th overall and almost 1½ minutes faster than last year. He was followed a minute later by Ethan Dalton, in 15th place and the first Beverley Junior to cross the line.

Sam Allen won third prize in the ladies’ competition and recorded a new course best time of 35:29, more than three minutes faster than the last time she ran this race in 2010. Juniors Nicole Dawson and Elizabeth Evans followed to take fourth and fifth places in the ladies’ competition.
There were 146 finishers and the race was won by Steve Bateson of East Hull Harriers in 26 minutes exactly. The first lady was Jackie Lord of City of Hull in 33:24.

The 3-mile fun run was dominated by Beverley AC Juniors who took the first 8 places and five prizes. Eleven year-old Taylor Arnott won the race in 11:52, six seconds ahead of club mate Edward Prew in second place. Lauryn Garwood followed in third place in 12:14 and was the first girl to finish. Dayna Arnott and Kelly Dawson were the second and third girls to finish and were also awarded trophies.