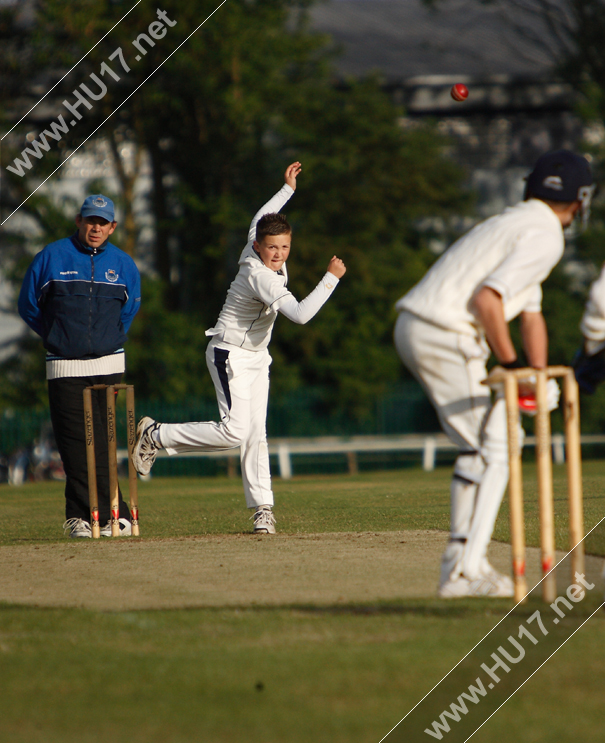 To score 248 and lose comfortably could be quite disheartening but the Beverley Town Cricket Club’s 1st XI bounced back on Sunday with a very good performance and win against Easingwold in the quarter final of the Premier League Cup.

Easingwold batted first and made a good start. Youthful, unassumingly quiet Jamie Roe (2-49) removed both openers to very good catches from Andy Burton. The first was a steepling one which he held well but the second was a class above as, still in the deep, he adjusted and clutched the ball in his left hand as it flashed towards the boundary.

Jamie bowled as well as he has for some time and was undaunted by the punishment that came his way on Saturday. Alan Acklam has long emphasised the importance of having a good fielding side and while Burton was starring in the air Jonny Vodden was his equal on the ground. Among the Trott-like fielding wizards excellent display was one superb stop and throw which removed the dangerous Skillbeck and late call-up Brad Dobson, fresh from his batting heroics for the 2nds the day before, safely held the equally big hitting Copeland just in front of Gerald’s house.

Pete Groves (1-29) stormed in, strengthened by long lonely hours in training (and a massive session for his birthday). Let’s hope he can claim some vital wickets between now and the end of the season. The experience of injury-prone veteran Simon Roe is sorely missed. Unless he discards the zimmer and rises, phoenix like from the flames, the others must step up to the mark.

In the bar money was being placed on Tony Spence to take that one under the fence but he ran, dived…and spilled it, but no matter. Matthew Mudd (3-43) operating at less than full capacity and Faisal Abid (1-35) helped keep the formidable Easingwold batting line up to 201 for 8 in 40.

Before putting the pads on the teams indulged in a light snack prepared by new club caterer James Emery whose emergence as a high quality tea worker is matched only by his considerable contributions to the club on the field and in the bar, though I understand he was put in his place in the guzzling stakes on Saturday night.

Faisal unfathomably tried the pull shot to a bowler whose primary danger seems to be skidding the ball through at pace but Peter, not hampered by his massive platefuls at tea, continued Saturday’s good form before tiring and holing out for 47. His assurance and, err…confidence at the crease will be as vital as his wickets to the team.

Once he had departed it was the turn of Jonny and Andy Hamson to turn the screw. This they did with a series of excellent shots, the square and cover drive featuring strongly, and the victory was secured with six overs to spare. Jonny racked up 75 and Andy 48 both unbeaten, Andy only denied his half-century by a leg side five wides that closed the game at 203 for 2.

Alan said he has told his team it is about time they won some silverware. Perhaps winning a cup would be a fitting way to celebrate the sesquicentennial year of the club?