With over 300 runners taking part Humber Bridge Fun Run there was strong competition from various clubs, with the rain pouring  it settled down for the start at 9.30

Luke Chapman, 12 and Jessica Chapman, 14 had a great start up with the leaders from the start, just over a mile into the run Luke Chapman made his move to the front of which he pushed onto the finish with a respectable lead to take the win, Jessica was two places behind her brother to take first female over the line.

“It was a tiring race, but it was worth it. The crowds were great as Iturned the corner the cheer was amazing.”

Luke and Jessica were also competing at Weymouth the day before in the Great Britain Biathle series where Jessica is leading after three of the six races have taken place and said;

”I enjoyed the fun run, but I was tired from yesterdays six-hour journey and race at Weymouth, but this is a Greatachievement which I thoroughly enjoyed.”

They both received their awards for first place from Dean Windass. The Beverley siblings both run for Hull Achilles and swim for Kingston Upon Hull. 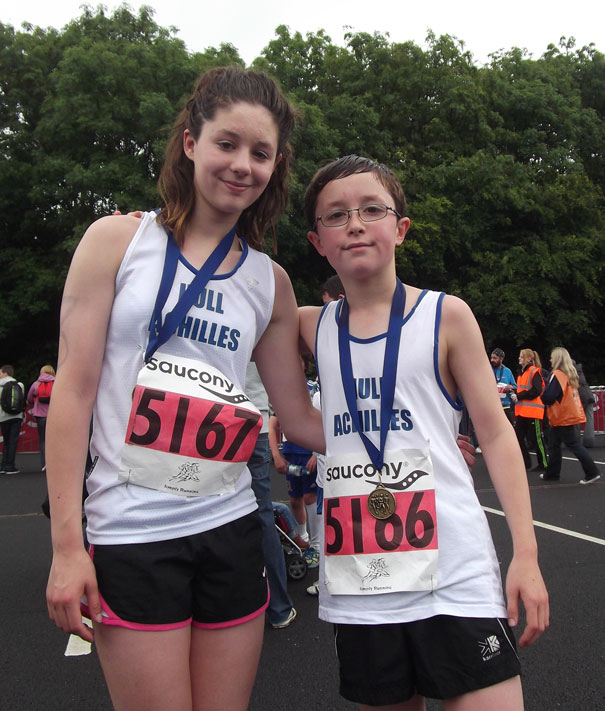 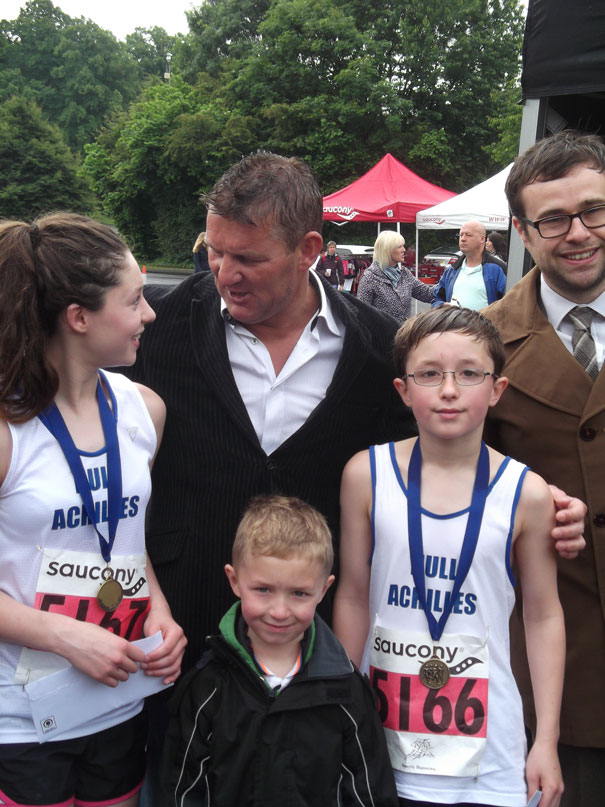