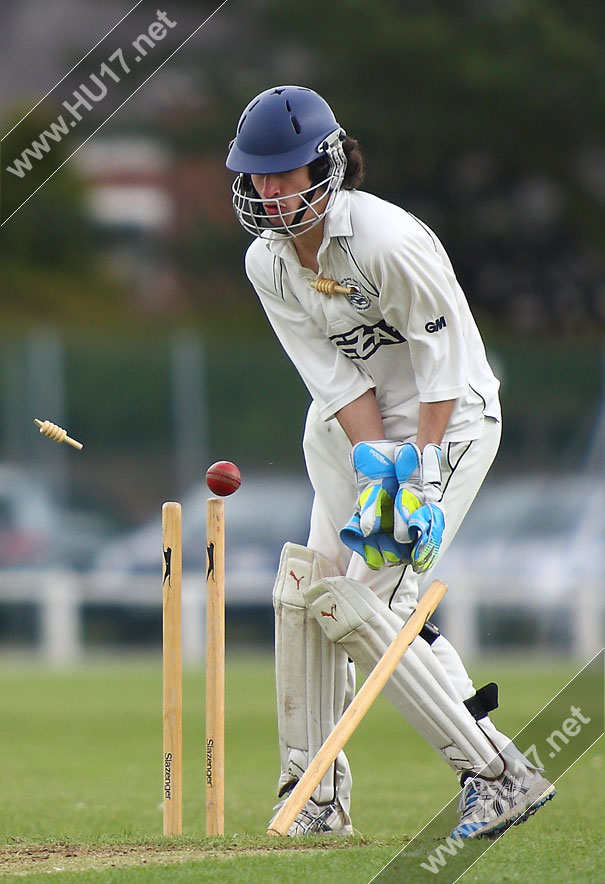 Beverley Town Cricket Club’s 3rd XI moved to the top of the Alliance Premier when they recorded an easy 8-wicket win over newly promoted Newland at the Norwood Recreation Ground.

Tom Haytack and Nic Robinson laid the foundations for the win with economical, accurate bowling spells. Haytack claimed an excellent 4 for 9 in his ten overs while Robinson went wicket-less but conceded only 11 runs in nine overs (six of those from one scoring shot!).

Sam Welburn (2-31) was expensive but claimed two important wickets, as did captain Kieran O’Brian (2-19) and Steve Blake bowled a tidy spell as he looks to return to the swing bowling he last purveyed as a teenager. Kez Thompson (2-11) returned after an untidy opening spell to dismiss the last two Newland batsmen as the visitors were rolled over for 106 in 41 overs.

Club chairman Alastair Brumfield put Beverley in the driving seat in an opening stand of 74 with James Broekhuizen (20). Following the latter’s dismissal Will Smith played a cameo innings of 15 including one sumptuous straight drive while Brumfield rolled back the years revealing his famed pull sweep on a number of occasions in an undefeated 62.

Rob Fish (9 no) hit the winning boundary to follow an improved performance behind the stumps earlier in the game when he was unlucky to be denied two good catches.