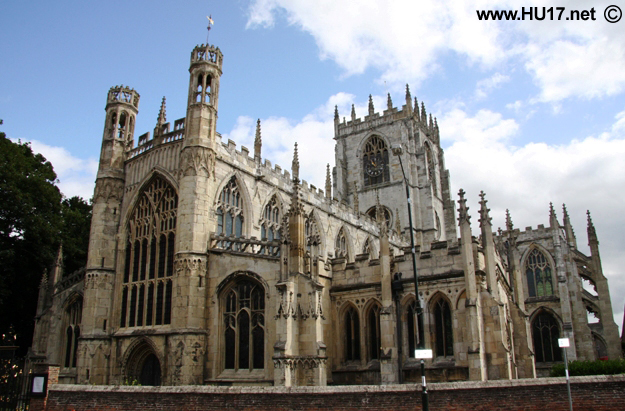 Some might be surprised to find St Mary’s Church welcoming a troop of actors whose performance is described as ‘epic, energetic and full of unusual sporting skills’. After all at one time straightforward drama never mind comedy would not have been allowed in the church.

But on Wednesday 30th May 2012 we are welcoming Riding Lights Theatre Company who will be performing their Olympic Themed play – ‘MONSIEUR DE COUBERTIN’S MAGNIFICENT OPYMLIC FEAT!’

And we are delighted because it is not just London limbering up for an athletic summer, here in Beverley many people will be glued to the TV’s celebrating human achievement.

So as the stadium is being finished and the torch is on its way St Mary’s will be opening its doors to a comedy about Baron Pierre de Coubertin who helped create the Olympics game.

The reviews of this show (which is on National Tour) have been great – according to the York press who reviewed the show ‘Riding Lights must take Gold for packing non-stop humour and fast-paced historic and cultural detail into a first-class performance’.

It is exciting to have a professional theatre company performing in Beverley in St Mary’s.

It is just the kind of thing the church should be doing: celebrating with those who are celebrating, laughing and enjoying the creativity that God has given us. Some might imagine that the church is stuffy and cold but we want it to be warm and welcoming, a place where people can come together and laugh!

The show is taking place on Wednesday 30th May at 7:30pm

Tickets can be collected from Beverley Tourist Information Office