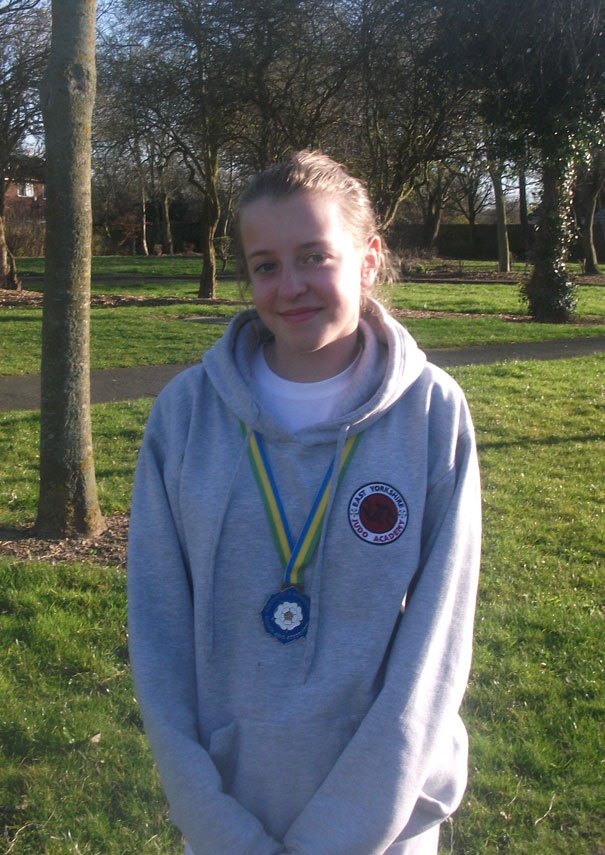 Beverley’s Holly Bentham continued her recent good form in the Yorkshire and Humberside Under 12 Championships held in Bradford.

Moving efficiently into her category final Holly was faced with British Championship bronze medallist, Talia Przybyszewski, of the Hillsborough club. Despite in excess of a 10kg weight disadvantage it was Holly who took the fight to her opponent managing to send her crashing to the floor on several occasions.

Nevertheless the bout which was a extremely tough contest went the full distance, past the golden score period and to the flags adjudication. A unanimous verdict from all three judges meant that Holly was crowned Yorkshire and Humberside under 12 Champion.