Cofton Park in Birmingham was the setting for the 2012 Inter-Counties Cross-Country Championships last Saturday and included in the squad of athletes selected to run for Humberside were 13 members of Beverley Athletic Club. They were competing against the best cross-country runners in the country and with 200 – 300 athletes in each race there was a great atmosphere.

It was dry and firm underfoot on the gently undulating course so conditions were perfect for a series of fast race races. Spectators who had turned out in the fine weather to cheer on the athletes were rewarded with an excellent day’s competition.

It was James Pearson’s debut for Humberside and he said:

“The opening pace was absolutely ferocious and I was hanging on at the back of the field whilst still running at around 5 minute/mile pace!”

However runners settled down after the first few laps and he managed to work his way through the tiring field to cross the line in 179th place out of 278 runners.

He finished second for Humberside’s senior men’s team in 40:46, 18 seconds behind Phill Taylor of Bridlington and ahead of two of the athletes who had finished before him in the qualifying race at Scunthorpe. Commenting on the competition afterwards Pearson said: “The winners were half-way through their TV interviews when I finished so it was overall quite a humbling experience.”

Sam Allen was very proud to swap her Beverley colours for the gold Humberside vest and represent her county for the first time. She knew that she would be up against strong competition but was not daunted by her opponents. She completed the three-lap 8000m course in a commendable 37:05.

Eleven Beverley Juniors were also selected to run for Humberside. Seven of them had represented their county at last year’s event and four of them, Oliver Cockerill, Lauryn Garwood, Eleanor Boyd and Curtis Arnott, were making their debut. Despite the large field of athletes, a sizeable crowd of spectators and TV cameras, the youngsters all rose to the challenge and were a credit to their club and their county. There were notable performances from Kendall Arnott in the under 20 women’s race and Andrew Harding in the under-20 men’s race. Harding finished almost two minutes faster than last year and completed the 8000m race in an excellent time of 30:13.

Although Humberside did not win any team or individual prizes the event provided valuable experience for all athletes who were selected to take part.

The senior men’s race was won by Keith Gerrard of Lancashire in 34:57 and Gemma Steel of Leicestershire won the senior women’s race in 26:48.

Reported by Kay Farrow A Photos by Paul Allen 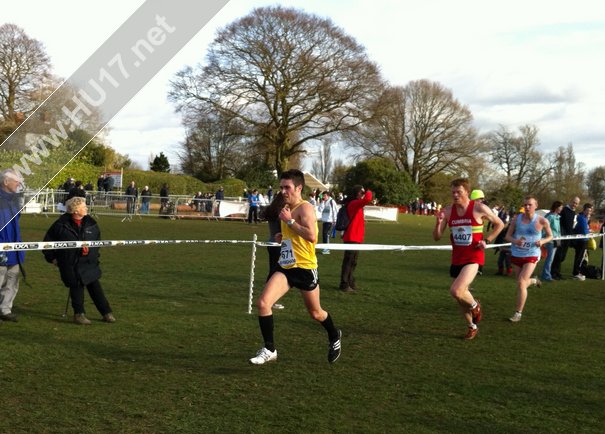 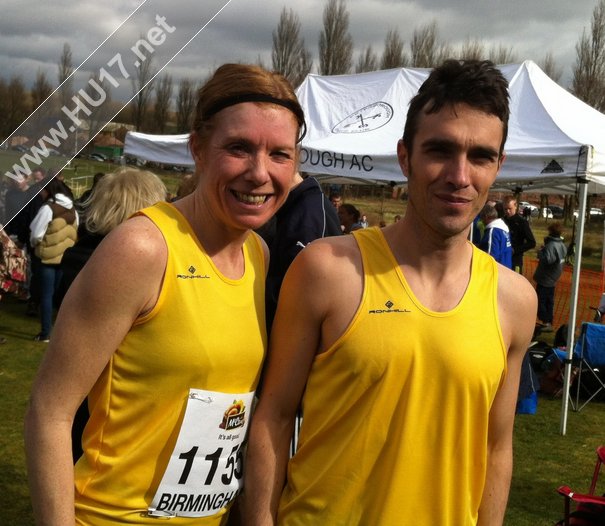