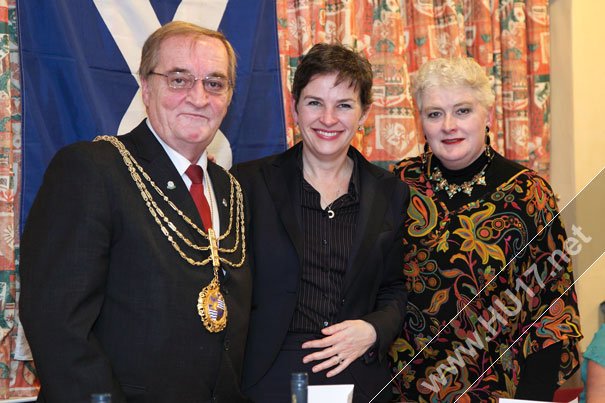 Mary Creagh MP, Shadow Secretary of State for Environment, Food and Rural Affairs was the guest speaker of Beverley and Holderness Labour Party’s Burns Night Supper at Hodgsons in Beverley. Attending were many of the Labour Party’s town and county councillors, both past and present, including Mayor of Beverley Councillor Peter Astell and Tranby’s 18 year-old East Riding of Yorkshire councillor Josh Newlove.

As guest speaker Mary commended the election of a Labour majority on the Town Council, as well as warning of the problems facing rural areas such as East Yorkshire, and calling on the Government to ensure they protect regions like our own.

This is not the first time Mary, who is an MP in Wakefield, has visited East Yorkshire, having also recently visited Driffield.

Everyone – albeit to varying extents – enjoyed the traditional serving of haggis with “neeps” and “tatties”, called swede and potato this side of the border. Burns Night includes many traditional points of note: a highlight of which was Deputy Mayor Town Councillor Margaret Pinder “toasting to lads” with a play on Shakespeare’s Macbeth, from the point of view of his devoted and misunderstood wife.

Special thanks were reserved by all for the staff at Hodgsons who made the night excellent, as well as to Top Notch – who provided the night’s music and entertainment.

Mary looks forward to visiting Beverley again in the near future.