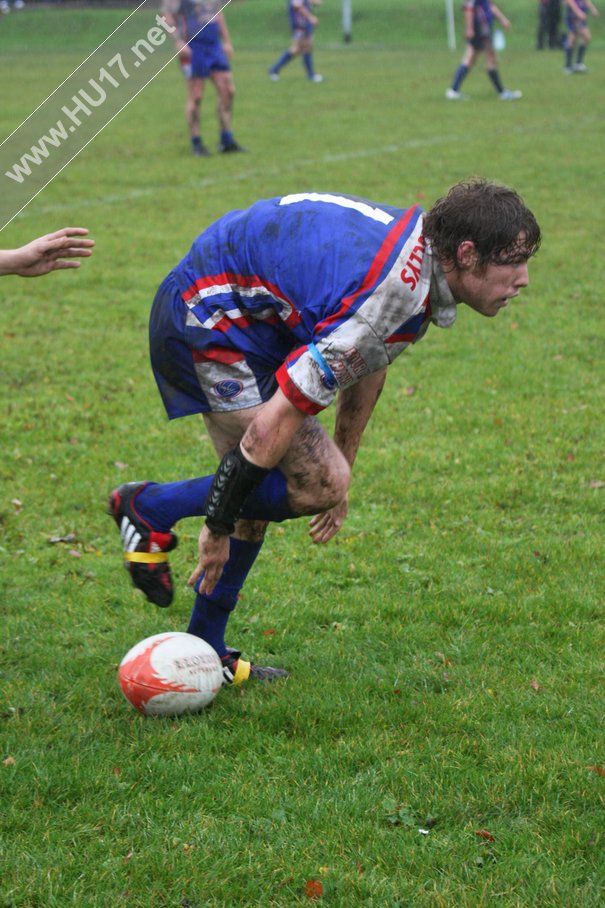 This the latest defeat in Beverley’s disappointing campaign largely summed up their season.

There was no shortage of effort and team spirit but some poor decision making was ruthlessly punished by the opposition. Indeed at least 24 points out of 50 points for the home side were scored through interception tries off long passes which if landed in the right hand could have resulted in tries for Beverley.

However in a difficult fixture against a side third in the league table three players in particular caught the eye. Gavin Platt, Lee Stevens and Paul Atkinson continued to run themselves to a standstill in the face of adversity.

The home side took the lead after only five minutes courtesy of their wingman pouncing on a kick into the in goal area. The visitors reply was quick with Steve Connolly doing well deciding to take on the Bilton defence and force his way over for Watkin to convert.

This was a brief respite though as the home side then racked up a further 16 points before the visitors replied. It was a well worked try direct from a scrum and saw Jason Rankin join the line from full back to round the defence to score bedsides the posts for Watkin again to convert to reduce the arrears to 20-12 going into the interval.

The second half saw the home side rack up a further 30 points with tries largely scored off kicks and interceptions. Ryan Watkin managed a late and deserved consolation try for the visitors to complete the afternoons scoring.

Beverley’s difficult campaign so far which has seen 9 defeats, 1 victory and 1 draw from 11 league outings has prompted much debate at recent monthly committee meetings. Despite all this spirit has remained high in the camp.

Attention focused on the number of players that have come through the clubs youth system now playing at clubs in Hull and the club has stressed that they would be made most welcome should they decide to return to their local club at any point in the future.

Off the field Beverley RLFC is well organised with stable finances, good physio cover, a generally friendly club atmosphere and a junior section of 6 teams that is growing year on year but it urgently needs to get matters in order on the field. Anyone wishing to enquire about playing for Beverley ARLC can contact Rich on 07949166500.